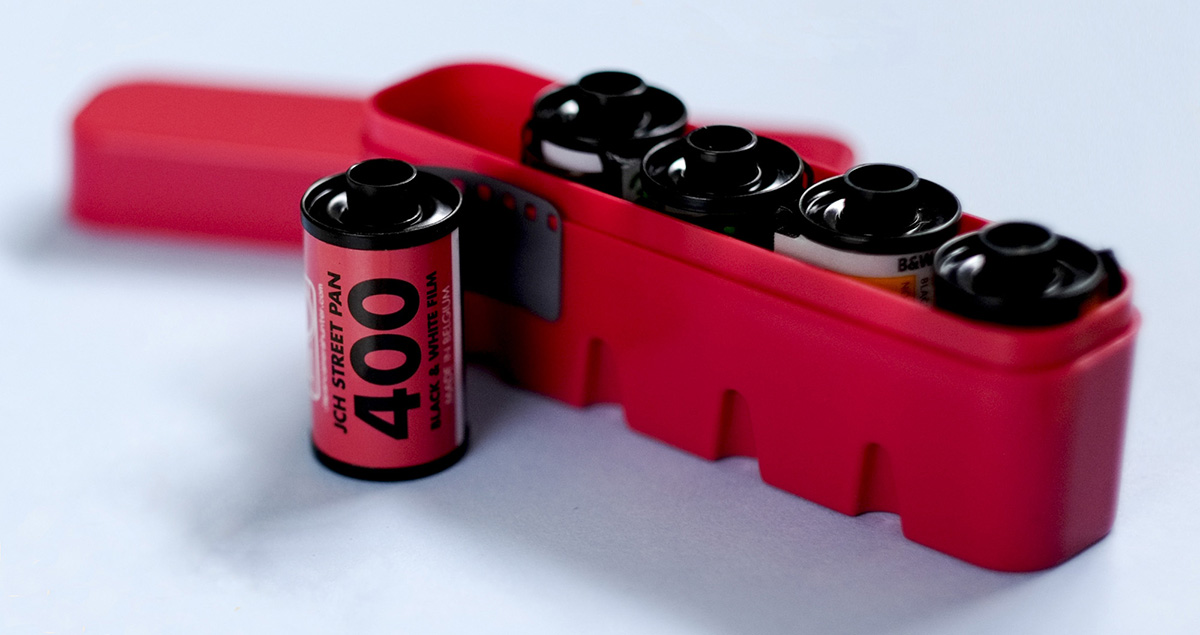 This week we have taken delivery of some exciting new products which have come all the way from Japan Camera Hunter.

We now have JCH StreetPan 400 film and a range of Japan Camera Hunter Film Cases. Both of which are exclusively available through Parallax in the UK.

Japan Camera Hunter Film Cases are perfect for the transport and protection of your film. These lightweight film cases keep your film rolls organised in your bag while you are out shooting. Practical and collectable, they make a great addition to your camera kit.

We have specially imported these products so you won’t find them anywhere else in the UK.

Japan Camera Hunter (also known as Bellamy Hunt) has built up a strong reputation by sourcing high-quality cameras and equipment from Japan for customers all around the world. His website is a great source of news, reviews and information for the film photography community and is well worth checking out.