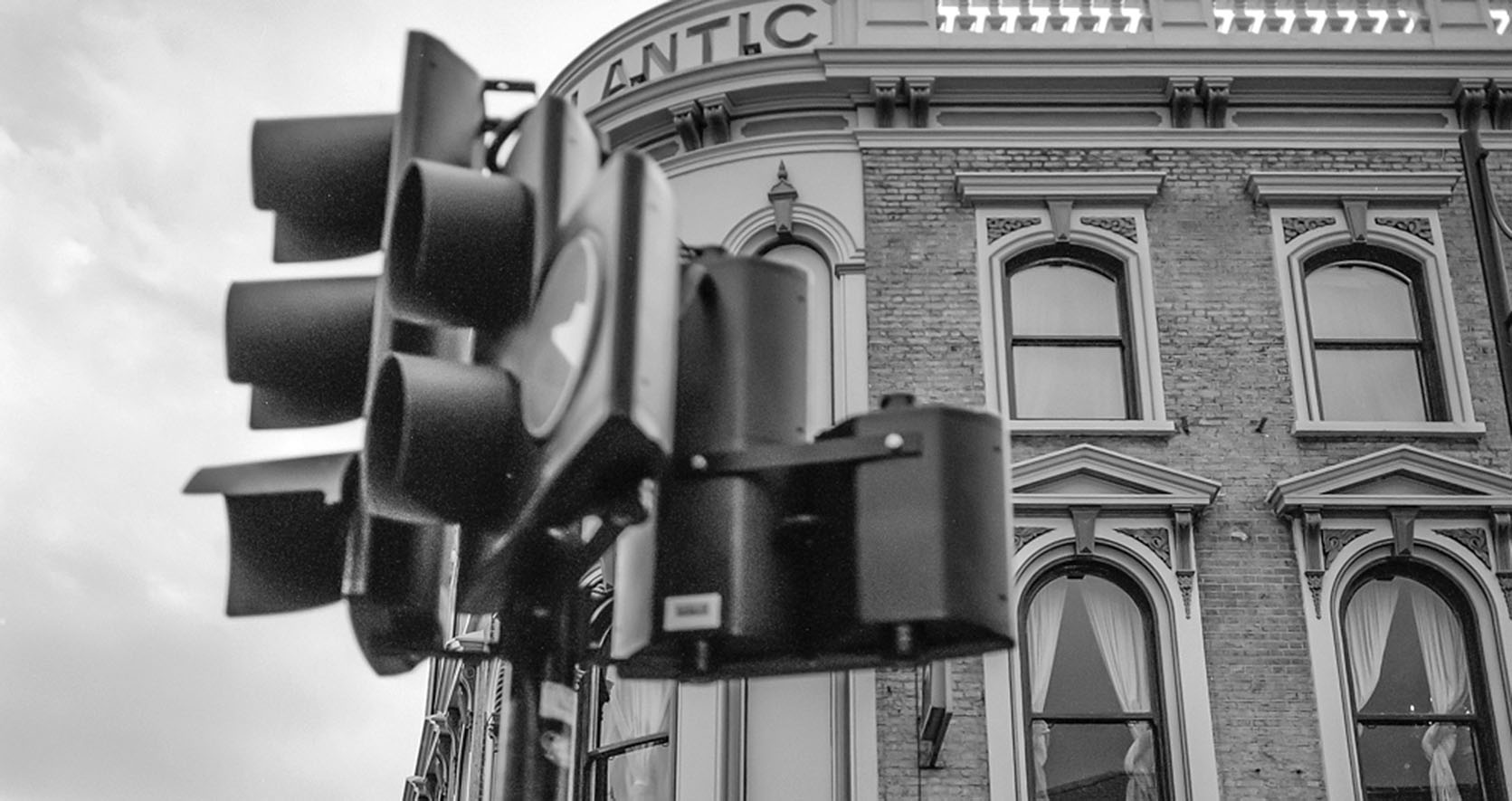 JCH  is a traffic surveillance film that Bellamy Hunt, of Japan Camera Hunter fame, has put into production. We tried StreetPan 400 in 35mm when it first came out, but we thought it about time we put the 120 to the test. So, we put a roll in the Fuji GA645i and took it out around Brixton.

We think there is a noticeable difference in the tonal range in medium format. Because the grain is smaller in comparison to the overall size of the image the shadows have less tendency to block up. Whilst still retaining the gritty look that is distinctly JCH StreetPan.

Obviously, medium format will be smoother than 35mm, but we were surprised at how much smoother the mid tones are. We would say that what you gain in detail, you lose a little in  compared to the 35mm version.

If you’ve tried and liked, the 35mm, we definitely recommend you revisit this film in 120.