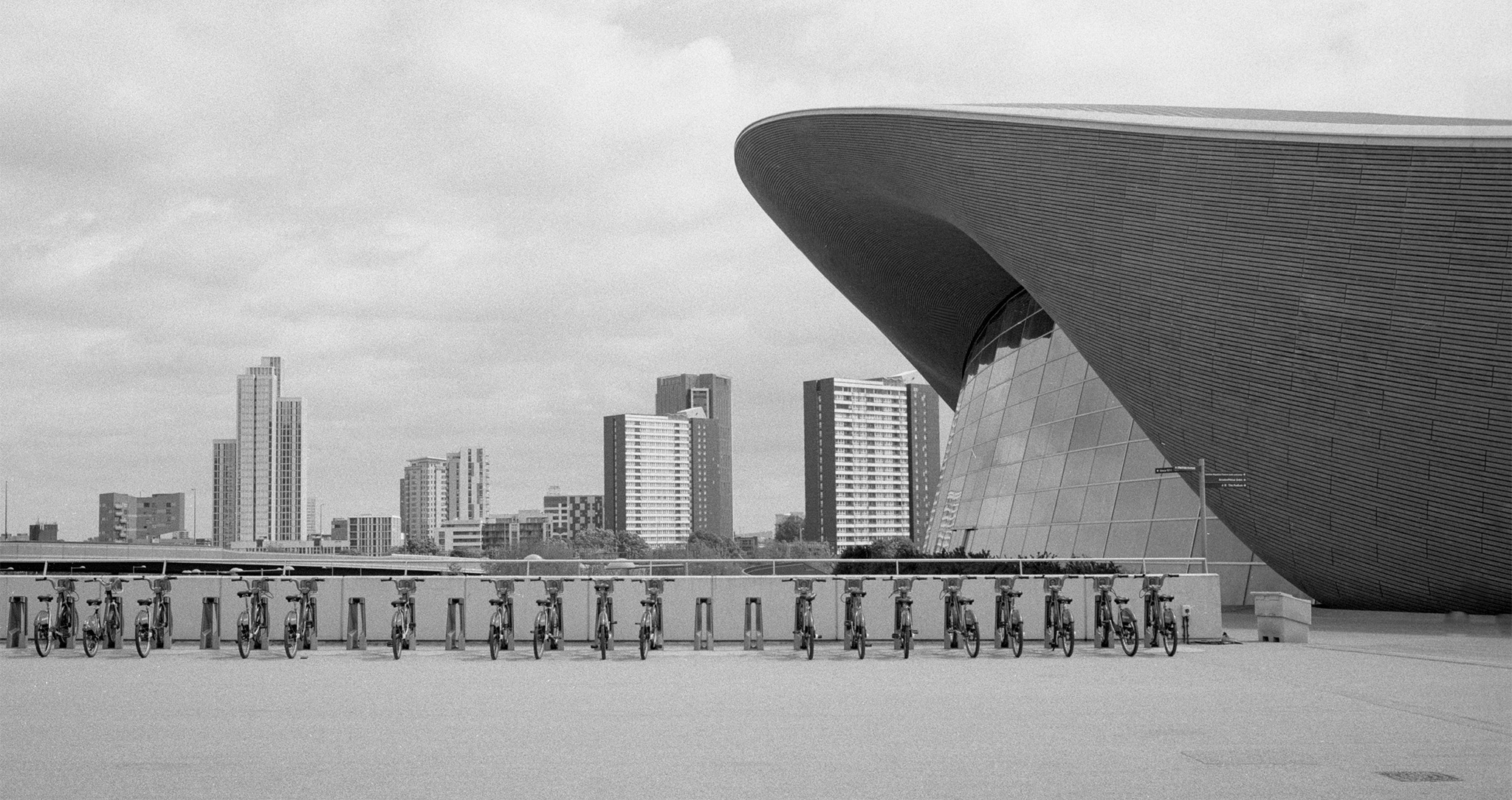 Here is our Kentmere Pan 100 Film Review. We shot a roll on our Contax G2. So, have a look at our film review and see what you think.

Kentmere Pan 100 film is one of a budget range made by Ilford, who are well known for their quality and reliability. We hadn’t shot Kentmere before and thought we should give it a go. So, for our Kentmere Pan 100 Film Reveiw, we put a roll in our Contax G2 and took it out around Queen Elizabeth Park in East London.

First off, we have to say how impressed we are with the detail and sharpness. Also, there is a great range of mid tones. We got nice clean lines and smooth gradation in the greys.

For a 35mm film, there is very fine grain. It held lots of detail in the shadows and handles the highlights well too. Partly, this is due to the developer we used, Ilfotec LC29. At a dilution of 1+19, it brought out a nice balance of contrast and smooth tones.

In relation to mid-priced film, a good comparison would be to Ilford FP4. Kentmere doesn’t have as much contrast, and FP4 does have a bit more depth. We also notice that the film base is a bit thinner. But overall we really like the results.

We think this would make a perfect black and white companion to Kodak Colorplus 200. As with Colorplus, you can’t really go wrong with this film for the price. We will definitely be shooting Kentmere Pan 100 again.