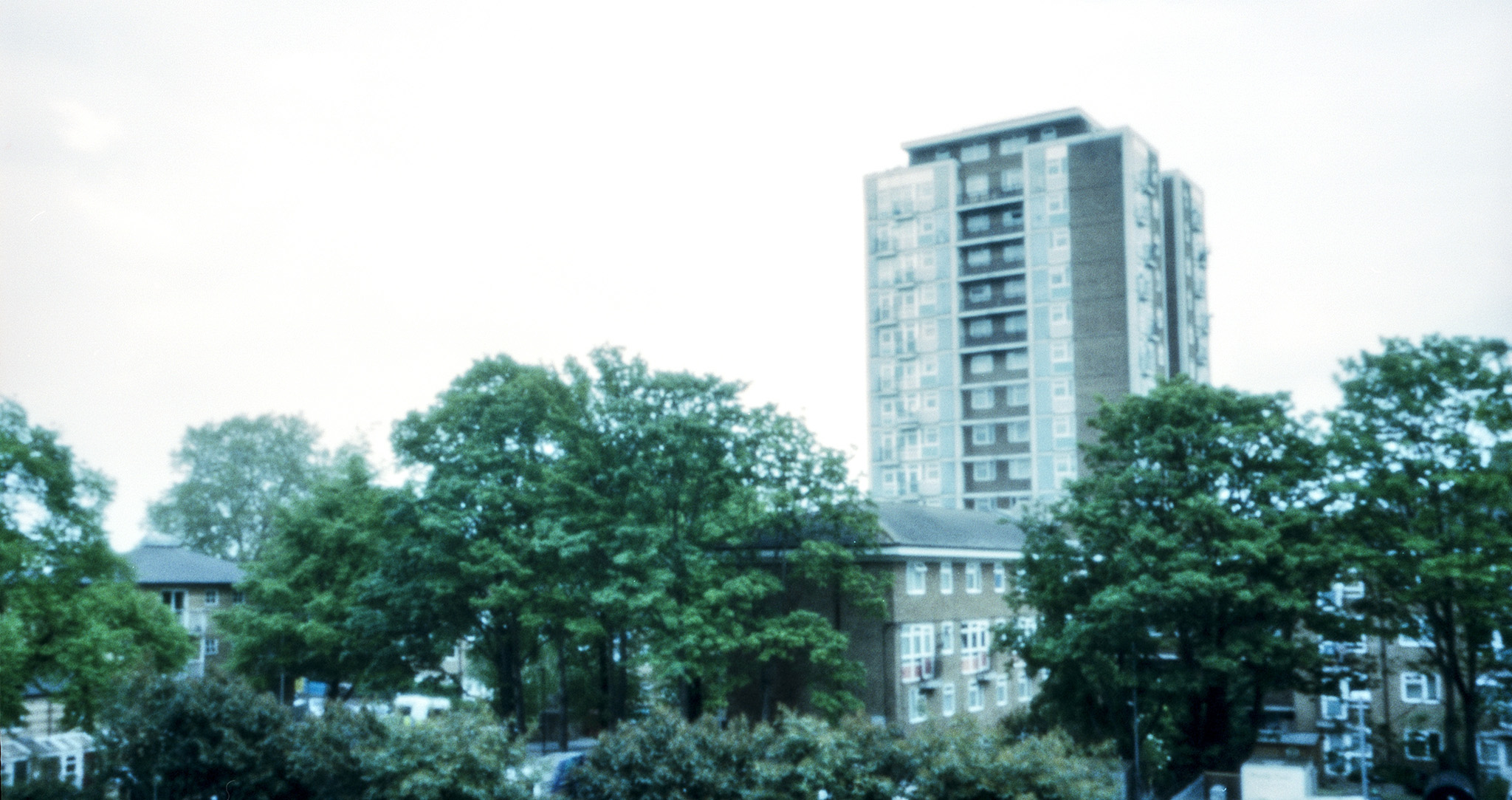 Here is our Kodak Portra 160 Pinhole Film Review. We shot a roll on our Zero Image Pinhole Camera. So, have a look at our film review and see what you think.

We usually shoot black and white in our Pinhole camera but thought we should give some colour a go. So, we put a roll of Kodak Portra 160 in a Zero Image 2000 and took it out to shoot the views outside our shop.

As it was a grey day we expected long exposures and took a tripod along. We used a Sekonic L-308 to take our light readings, and the exposure calculator on the back of the camera to determine our exposure times. The calculator dial was really accurate, we got very consistent exposure throughout the roll.

Pinhole cameras tend to give you very wide angle images, and that was the case here. We notice that objects closer to the camera tended to be sharper than we expected. We’re used to Pinhole images being slightly soft. Next time we would take this into consideration when framing our shots.

Despite the wide angle we got very little distortion in our images. The buildings seem very straight, with verticals and horizontals coming out well. There was a spirit level on our tripod to help with this. And, some models of Zero Image cameras include a spirit level.

Having shot various Pinhole cameras in the past we found this one very easy to use. Because the exposures were as long as 30 seconds, precise light readings aren’t necessary. We think you would get good results with a light meter app on your phone. Also, you could leave the tripod at home and simply rest the camera on a flat surface to take your photo, and you have a very light camera to travel with.

As for the film, we got nice colours out of the Kodak Portra 160 Pinhole images despite the lack of a lens. The film picked up all the detail we would expect from Portra. It was a grey day and we exposed for the shadows. The detail is there in the sky but would need some burning in to bring more out of the clouds.

The colours aren’t quite what we’re used to with Portra, and that is down to the long exposures. Colour film starts to behave differently when exposed for longer periods. The colour dyes in the film absorb light at different rates. This will cause a colour shift in the film.

Overall, it was fun to try out some colour film in the Pinhole camera, and we were happy with these results. However, we look forward to shooting some more black and white film in this camera.