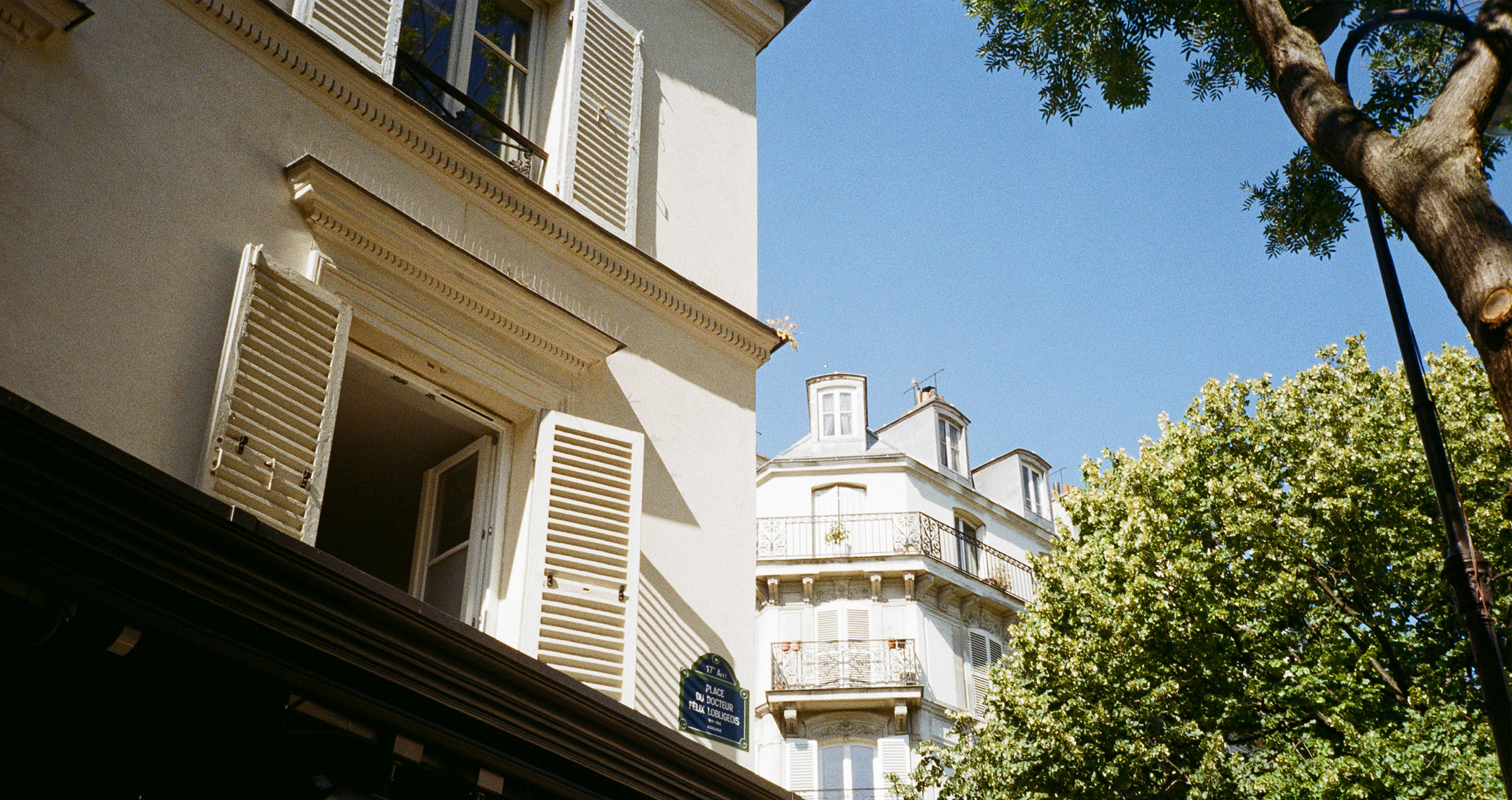 Kodak produces some of the most popular films around. When it comes to colour film most people go for Kodak Ektar or Portra. One film that often flies under the radar is Kodak Pro Image 100. So, we decided to load a roll into the Olympus mju-II and take it out around Paris. See how it compares to its more popular siblings.

You might not have heard of Pro Image 100 before. It is a fairly new addition to the scene, having only been released last year in Europe. It is not really a new film, it has been available in different countries since the 1990s. Despite the name, Kodak doesn’t class it as a professional quality film and it’s more of a consumer-grade option. It’s only available in 35mm – we sell it in single rolls or as a 5 pack.

Although it is not marketed as a fine grain film, its low ISO certainly helps in this department. We thought there was a noticeable improvement in sharpness and grain compared to the other Kodak consumer films Kodak Gold 200 and Ultramax 400.

We were impressed by the colour reproduction, it picked up accurate tones in all conditions. Images were particularly rich where there was plenty of natural light available. In some of the shadows, it did start to lose detail in comparison to some of the more expensive films might. But this didn’t cause us any problems.

Another bonus is that Kodak claims this film is good for hot and humid climates. This makes it a great choice if you’re heading off on an adventure, as it can handle some extremes of weather that other films might not.

Overall, Kodak Pro Image is a great choice if you want a pro film without the price tag. While Ektar might be sharper, and Portra more versatile. With good lighting conditions, Pro Image can more than hold its own.