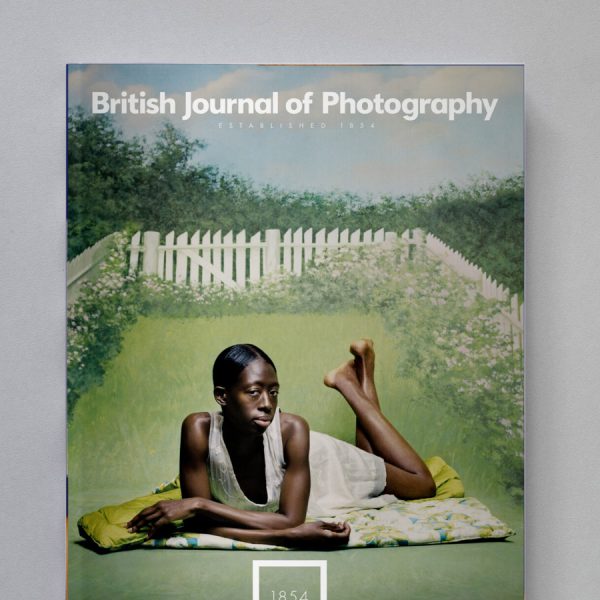 Issue 7910: Time and Community. Time: the measurement of our existence. Using cameras, photographers have the power to suspend time, or slow it down. Time play is what we see in Tyler Mitchell’s latest series Chrysalis.

Time: the measurement of our existence. Using cameras, photographers have the power to suspend time, or slow it down. Time play is what we see in Tyler Mitchell’s latest series Chrysalis, which he discusses in conversation with Gem Fletcher in the new issue of BJP. We find his image, titled Cage, on the cover. It embodies much of what the new work is about – intimacy, time, landscape, the body, spirituality, and more.

Laura Pannak, on the other hand, fears time, or rather time running out. She shares a preview of a new chapter of her investigation into youth – the awkward and magical moment between adolescence and adulthood. Following on from her recognised series Youth without Age, Life without Death, shot in the Romanian mountains, this time we are taken deep into the Dübener Heide region in eastern Germany.

Max Miechowski considers a British seaside community’s strong sense of place and belonging despite the ominous crumbling of the landscape around it. And curator Charlotte Cotton unpacks the new show at the ICP in New York, featuring 12 women photographers of Magnum.

In Spotlight, we have a celebration of photography changing perspectives in Latin America from Santiago Escobar-Jaramillo. We are in the studio with Richard Mosse, who has just opened his new show at 180 The Strand, London. Plus, projects from Ryan Prince, Serena Dzenis and Hanna Rédling. Elsewhere, we explore the photography scene in Helsinki in On Location. And take a closer look at Daniel Mayrit’s deep dive into populism in Intelligence.

British Journal of Photography is the world’s oldest and most influential photography title. Home to some of the photography industry’s most prestigious awards. Their in-house agency connects the best photographic talent with major international brands to produce game-changing visual campaigns.

See what other magazines we have in stock.