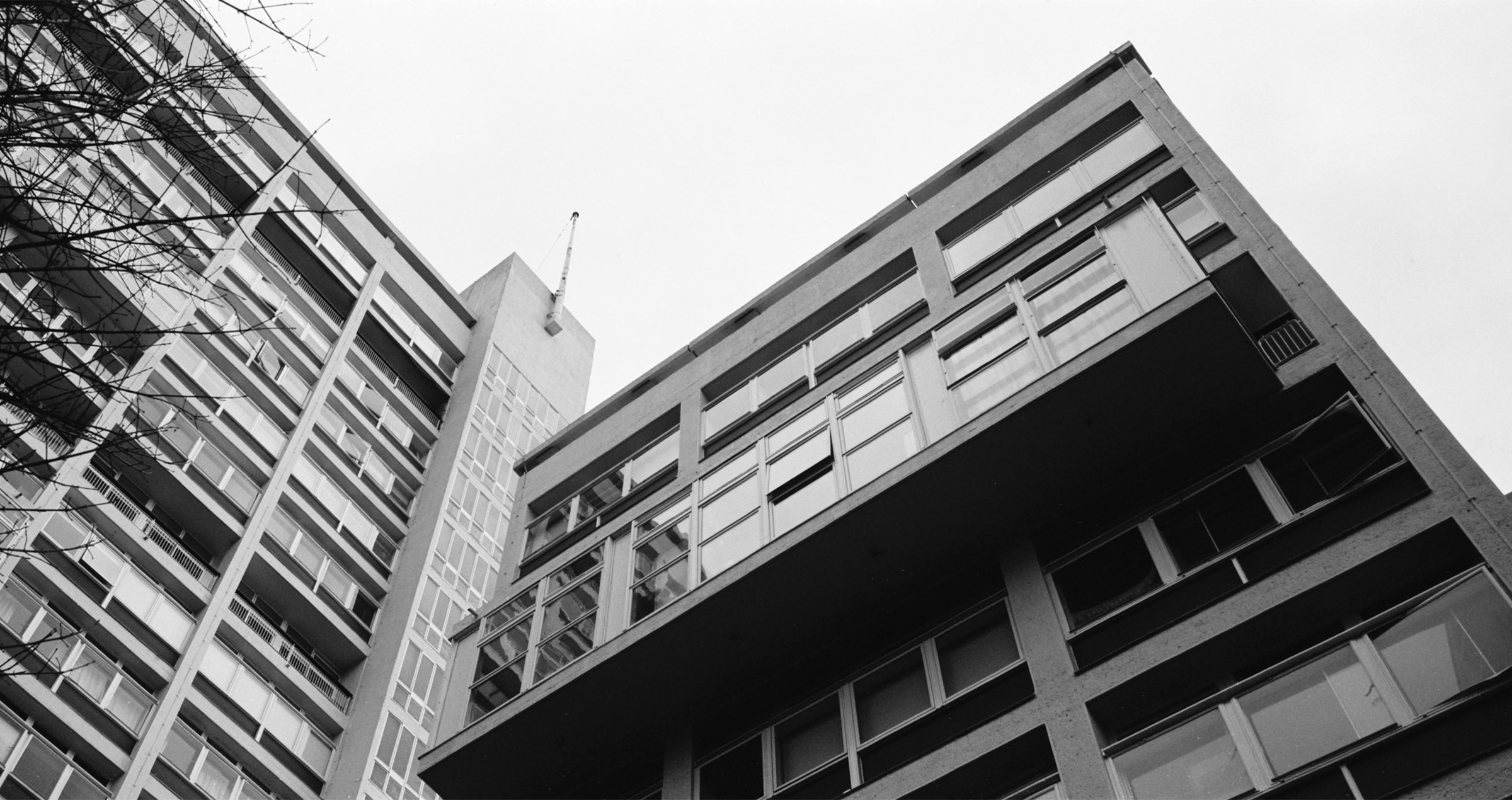 Here is our Kodak T-Max 100 in 510 Pyro Film Review. We shot a roll on our Hasselblad X-Pan and developed in 510 Pyro developer. So, have a look at our film test and see what you think.

Kodak’s T-Max films use their modern T-Grain emulsion. They have a smoother and more even grain structure than classic films like Kodak Tri-X. We thought we’d pair it up with some 510 Pyro dev to see how fine a grain we could get. So, we put a roll of Kodak T-Max 100 in our Hasselblad X-Pan and took it out around Elephant and Castle in South London.

We were curious to try out Pyro developer and the fine grain TMax 100 seemed like a great match. We wanted to see how close to “grainless” we could go on 35mm. 510 Pyro is an extremely fine grain, high dilution film developer. Made to give you super-sharp negatives that will produce equally good results in an enlarger or a scanner. Alongside the sharpness of the neg, it will also give you incredibly smooth mid-tones.

The images were shot on a mainly overcast day, but the images came out with bright, crisp contrast. Also, the film/developer combo handled the balance between shadows and highlights incredibly well.

Considering this is 35mm, the lack of grain is impressive! Yes, it was shot on an XPan, so there is more negative. But the grain is so fine. You can have a look at the main image at the top of the page to get a better look at the grain (or lack of it!).

Ultimately, we were really impressed with both the film and the developer. We’ll be giving T-Max another go, maybe in medium format and a more traditional developer, like Kodak HC-110. As for 510 Pyro, we look forward to seeing how it performs with grainier films like HP5 and Tri-X. If you’re interested in trying a new developer, you should give 510 Pyro a go!