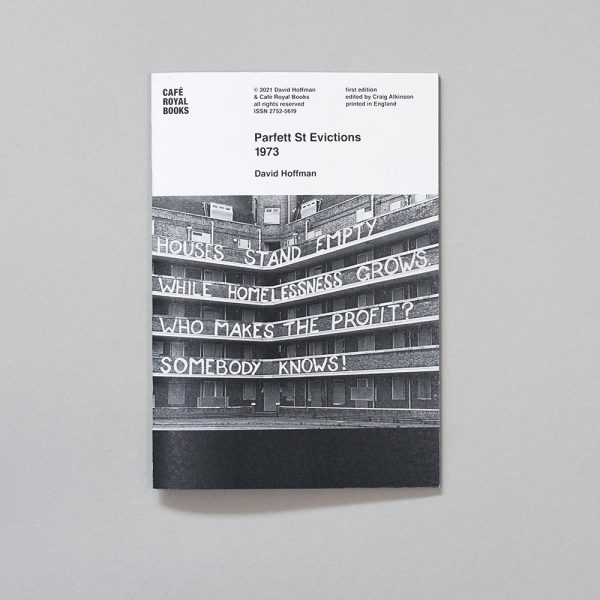 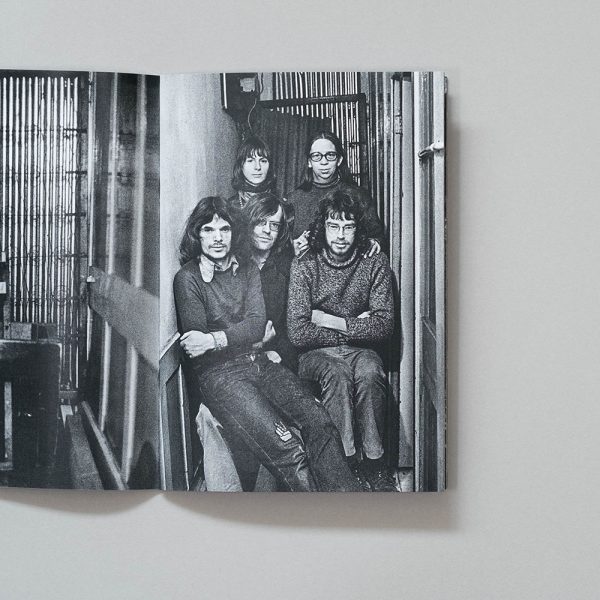 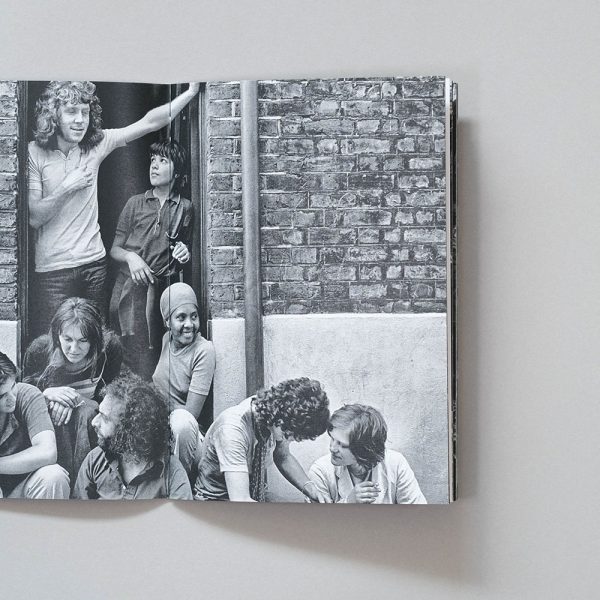 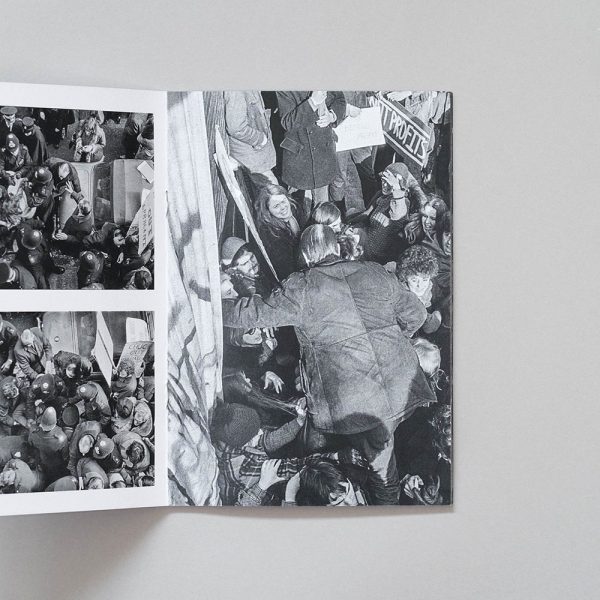 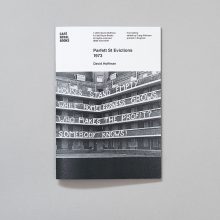 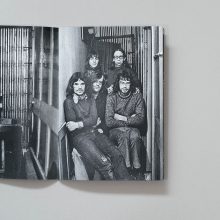 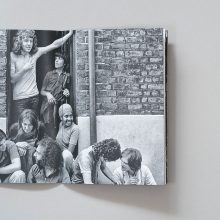 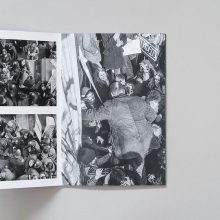 Parfett St Evictions 1973 was originally self-published in 1976 by David Hoffman as an edition of 50. It is considered to be the first protest photobook published in the UK.

This type of work has historically been neglected by both photographers and institutions. Café Royal Books’ aim is to source, gather, and re/present this work as a collective whole. And, thus, giving it a wider audience. CRB publish at least one title every week, presenting, generally, one series by one photographer.