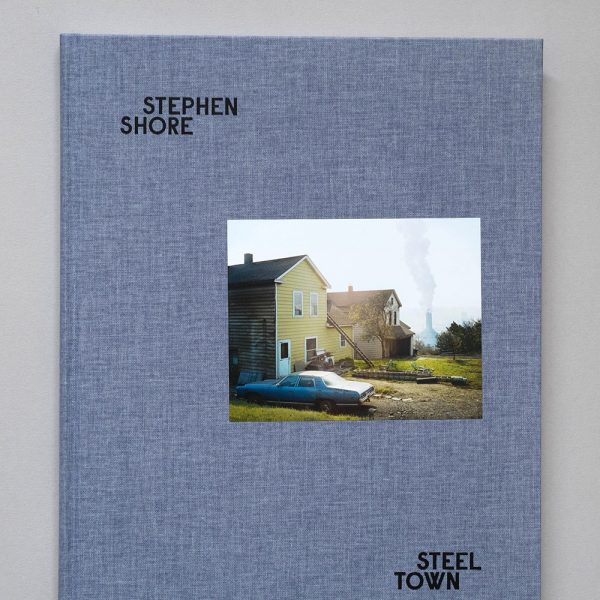 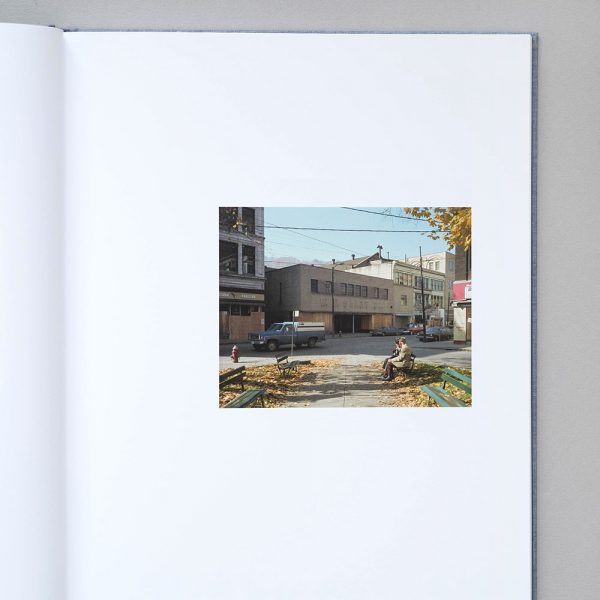 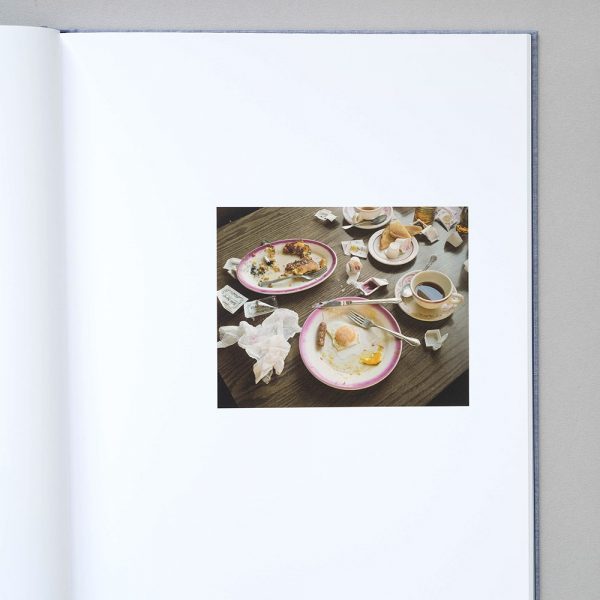 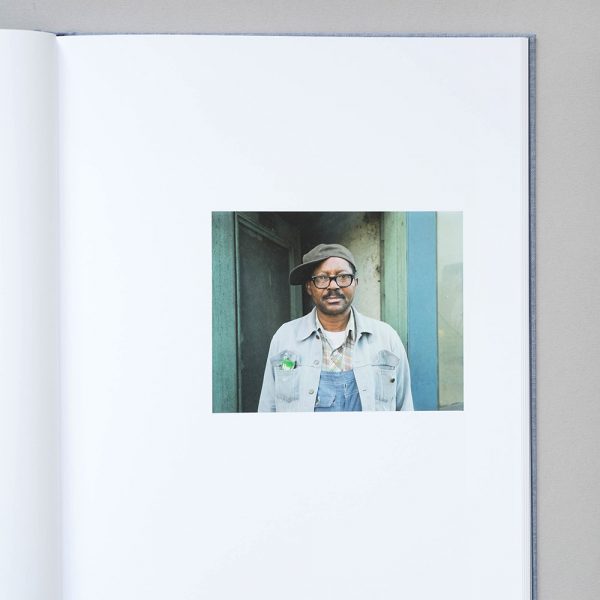 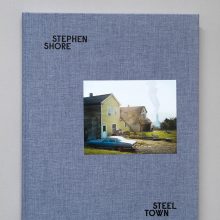 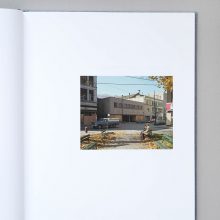 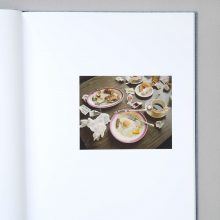 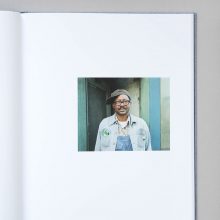 In 1977, Shore met steelworkers who had been thrown out of work by plant closures and photographed their suddenly fragile world: deserted factories, lonely bars, dwindling high streets, and lovingly decorated homes.

STEPHEN SHORE Steel Town. In 1977, Stephen Shore travelled across New York state, Pennsylvania, and eastern Ohio – an area in the midst of industrial decline that would eventually be known as the Rust Belt. Shore met steelworkers who had been thrown out of work by plant closures and photographed their suddenly fragile world: deserted factories, lonely bars, dwindling high streets, and lovingly decorated homes. Across these images, a prosperous middle America is seen teetering on the precipice of disastrous decline. Hope and despair alike lurk restlessly behind the surfaces of shop fronts, domestic interiors, and the fraught expressions of those who confront Shore’s 4×5” view camera.

Originally commissioned as an extended photographic report for Fortune Magazine in the vein of Walker Evans, Shore’s multifaceted investigation has only gained political salience in the intervening years. Shore’s subjects – including workers, union leaders, and family members – had voted for Jimmy Carter the year preceding his visit; now he found them disillusioned with the new president, fated to leave behind the Democratic party and become the ‘Reagan Democrats’. Through unfailingly engrossing images by one of the world’s acknowledged masters, Steel Town provides an immersive portrait of a time and place whose significance to our own is ever more urgent.

With a text by Helen C. Epstein, author, translator and professor of human rights and public health.

“The images Stephen Shore took in 1977 of scenes from the Rust Belt captured the start of a slow-rolling social catastrophe.” – The New York Review of Books

“An astonishing series … images from forty years ago which echo the economic and societal turmoil of America today … A structure of luminous formalism lets the sharp reality of economic hardship show through, under an autumnal light in which the fall of dead leaves echoes the tragedy of the steelworkers.” – Libération

“Shore shot the commonplace and made it seem suddenly arresting … There is a sense of someone discovering a whole new world of surprises under his nose: an America so obvious as to go unnoticed.” – The Observer