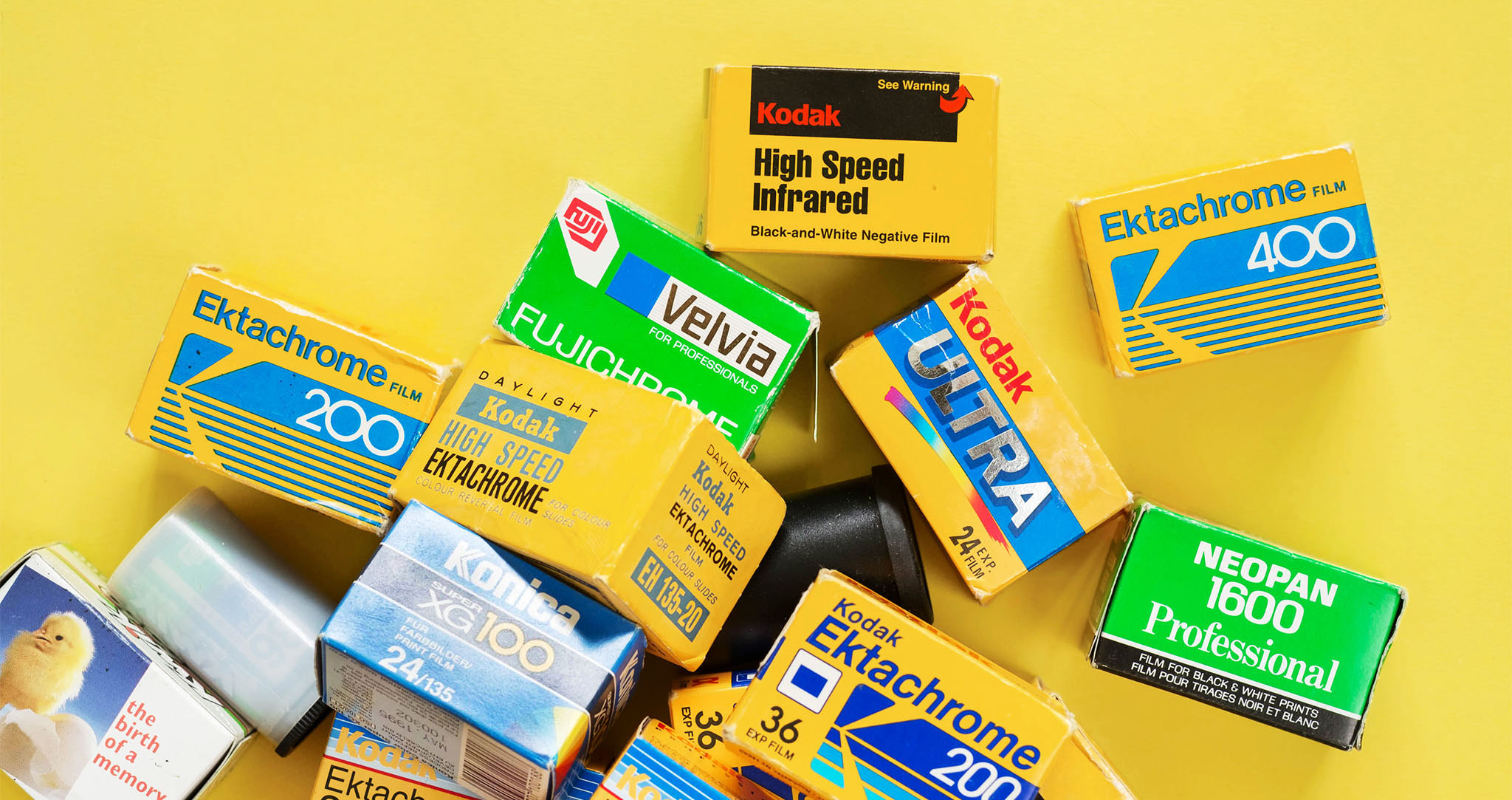 In this guide to shooting expired film, we will explain what you need to keep in mind. And why you might choose to shoot expired film.

If you are a film shooter there’s a good chance you’ve come across expired film. Basically, this is film that is past its best before date. Some of it will work well and give you good results, some will give you interesting, but irregular results and some won’t give you much at all. There’s lots of expired 35mm film out there. Some of it has been looked after, put in an airtight container in a freezer, to keep it fresh. But, some will have been left at the bottom of a drawer, or worse.

Film emulsion is made up of chemicals, and these chemicals react to heat and moisture, as well as degrade over time. These things will all affect the quality of your images when you’re shooting expired film. How it has been stored will have as much effect as the age of the film.

Heat and moisture can even have an effect on fresh camera film, particularly colour film. If it has been stored somewhere hot and damp over a long period of time, this will have a marked effect on how the images look.

As an aside, you don’t need to keep your film in the fridge, just somewhere cool and dry. If you don’t plan on shooting it for a long time, then we would recommend refrigerating it.

How To Expose Expired Film

The sensitivity of the silver halides in the emulsion diminish over time. Meaning they need more light to record an image. So, you can’t rely on the box speed the same way you would with fresh film.

There is a very general rule of thumb, that you should overexpose by one stop for every decade the film is out of date. So, for example, if a film is 400 ISO, but expired in 2010, you should rate it at 200 ISO. But, really, it will depend on the film itself, and as mentioned above, how the film was stored. Also, it applies mostly to colour negative film, as black and white has more tolerance for ageing.

Slow film will lose less speed over time, while fast film will lose more. You are less likely to have to overexpose a 100 ISO film than a 1600 ISO one.

We would always recommend bracketing if you want to make sure you get a decent exposure. Bracketing is where you take the same shot several times but change the exposure. For example, by half a stop over and under each time. If you’ve managed to get a batch of film you know has all been stored the same way, it’s definitely worth shooting a test roll first and to see how it comes out.

Over time it will fog, and this will give you a denser neg and cut down on the contrast. If you have black and white film that’s 10 years out of date, you’re probably fine to shoot it at box speed. Older than that you will want to give it a bit more exposure, or a little more development time. The older the film is the more pronounced the grain will be.

Shooting expired colour film is more unpredictable than black and white. There are several layers in colour emulsion, and these can all age at different rates, and in different ways. Also, colour negative film will be different to colour slide (positive) film.

With colour negative, not only will the sensivity of the silver halides diminish, the three layers of colour dyes (red, blue and green-sensitive) will age individually, and at different rates. Colour negative is where adding one stop for every decade is most relevant. But, remember, this is assuming the film has been stored under reasonable conditions.

With colour slide film, instead of overexposing the whole roll, you should definitely bracket. If you overexpose too much you will lose detail in the highlights, if you underexpose you won’t have as much details in the shadows. The same degrading of the film will occur as with colour negative, but you haven’t got as much leeway with the exposures. Another option with slide film is to process it in C-41 chemistry, as a negative film. This is called cross processing.

There are two main reasons you might want to shoot expired film, and they are cost and experimentation.

Expired film can be cheap, or even free. If someone is offering you some rolls of expired film, why would you turn them down? You can also find expired film on eBay at a cheaper price than new stock. As we’ve already said, it great to play around with, and if not that old and stored well might not differ too much from fresh film. But it’s worth keeping in mind that you still have to develop it. And, if the images don’t come out, or don’t turn out how you expected, you’ve still had to pay for development. So you should weigh up the costs before loading up a roll.

If you’re up for experimenting, and happy to take the risk of less than ideal results, then you can have a lot of fun trying out old and expired film. Remember, once the film is past it’s best before date it might not behave as expected, or even like the previous expired roll you shot.

Unsurprisingly, we would always recommend shooting fresh film stock. It’s consistent and reliable, leaving you to focus on your images. It also supports the film photography industry. If you continue to buy fresh film, it enables the manufacturers to keep producing more. Which is what we all want.