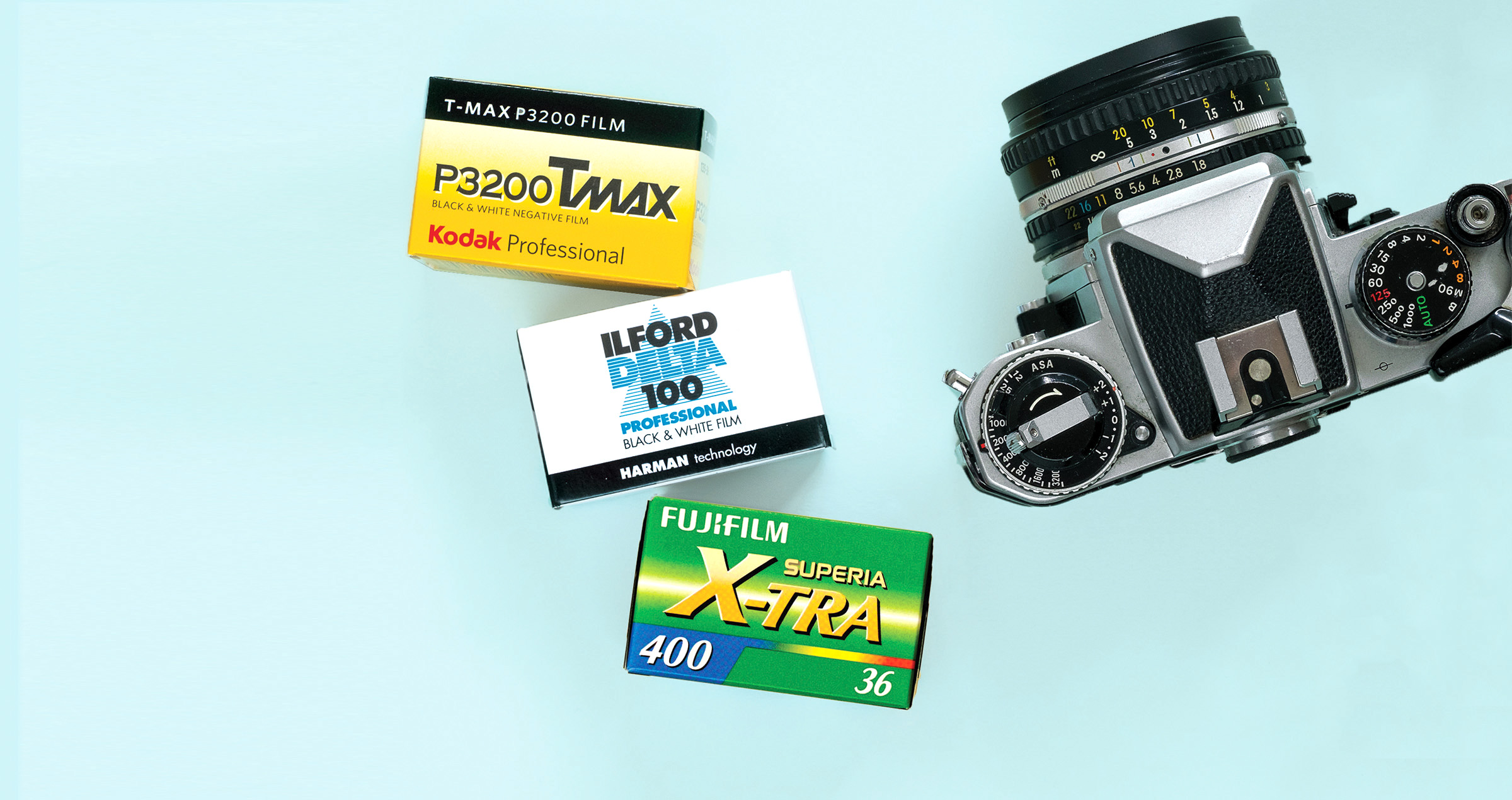 In this guide, we’ll explain how the film speed, also known as ISO, works. And, how to choose the right one for you.

What is film speed? It is the sensitivity of the film. Film speed is determined by an ISO number (in the UK/US this used to be known as ASA). You will always find a number on your box of film. This ISO indicates how sensitive the film is to light. It lets your camera or light meter know what other settings are needed to get a good exposure.

Speeds can range from 20 all the way up 3200. A low ISO number will mean it’s a slow film and is less sensitive to light. The higher the number the faster the film and the more sensitive it is to light.

Films classed as a low-speed range from 20 to 200 ISO. These are the films to use when you’ve got lots of available light.

You get finer grain with low-speed films. The lower the ISO number, the finer the grain. A film like Ilford Pan F 50 will give you extremely fine grain, even on 35mm. At the other end of the lower speed films, Ilford FP4 Plus 125 will give a good balance between speed and fine detail.

You can use these films handheld on very bright days. If you haven’t got as much light it’s best to use a tripod. This will help avoid camera shake when using slow shutter speeds. Low ISO films are particularly good when you want to capture very fine detail.

High-speed or fast, films range from 400 to 3200 ISO. These films give you a lot more flexibility on overcast days and in low light situations. Also, they are a good choice if you’re shooting fast-moving subjects.

You get more noticeable grain with fast films. The reason for the increased grain is down to the larger silver halide crystals in the emulsion, these basically are the film grain. These crystals pick up more light but are more visible in your image. The higher the ISO the more grain you’ll tend to see.

Try Ilford HP5 Plus 400 for a fast film with reasonably fine grain, that can still retain detail. For colour try out Kodak Portra 400. If you’re shooting in very low light try Kodak T-Max P3200, one of the fastest films we stock.

ISO is the number you set your light meter with. This is also referred to as rating your film. When people talk about rating their film at “box speed” it means they are using the recommended ISO for that film. Literally, the number on the box.