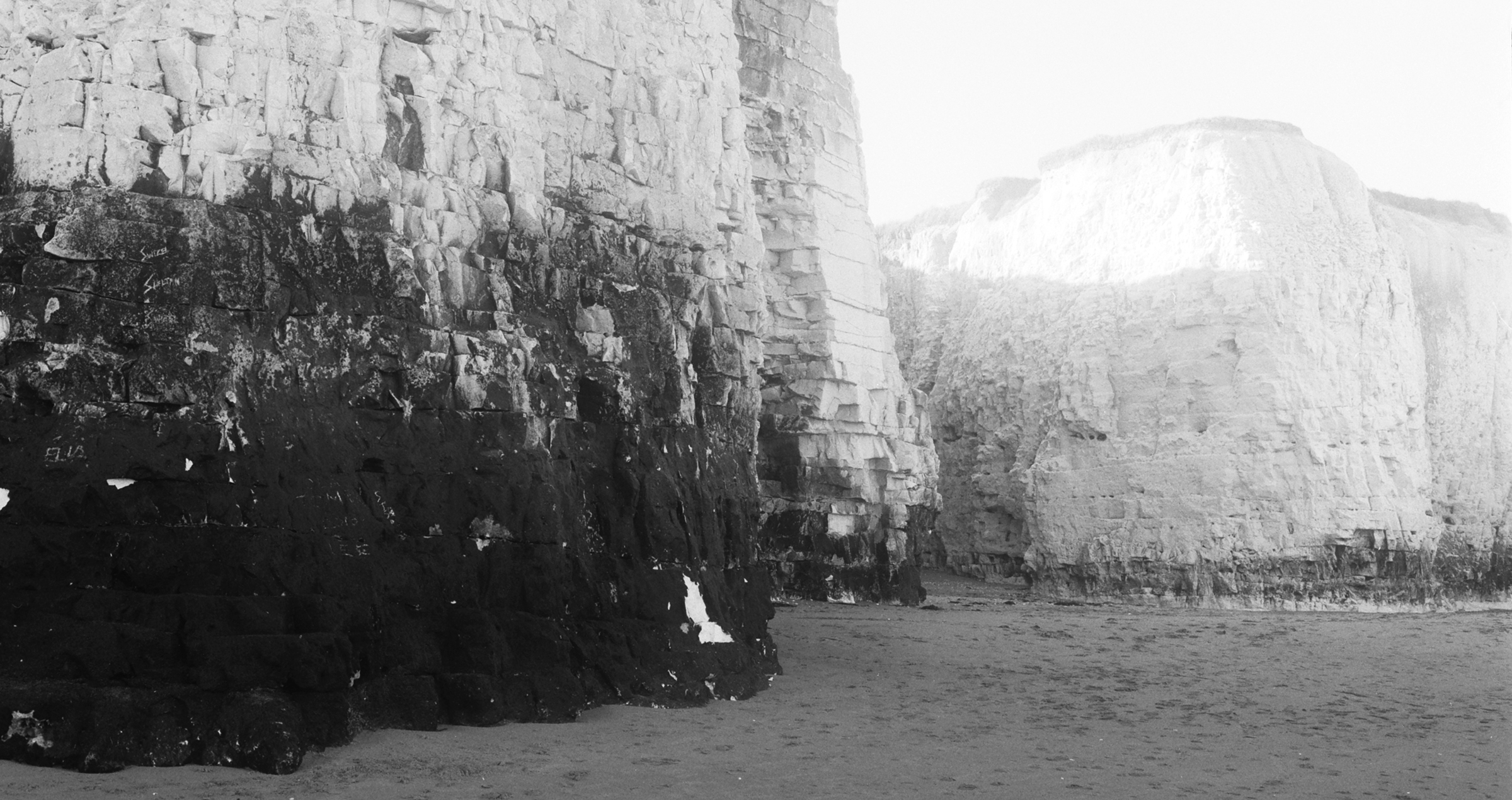 Despite its quality, Delta 400 is often overlooked because of the popularity of its close relative Ilford HP5 400. Having recently shot some HP5 we wanted to see what Delta could do. So, for our Ilford Delta 400 120 Film Review, we put a roll in our Bronica RF645 and took it to Botany Bay in Kent.

Ilford Delta is what is known as a T-grain film. (Other T-grain films include Kodak T-Max and Fuji ). In theory, T-grain films should provide sharper images and finer grain compared to a conventional-grain film of the same ISO. We were impressed by the level of detail captured, and this certainly seems to be the case.

It is worth noting that Delta 400 has a relatively small exposure latitude when compared to other films. Which means you can lose detail in the highlights and shadows more easily. We definitely experienced this, especially in the highlight areas. So that is definitely something to watch out for. Precise exposures are certainly necessary.

Overall, we got impressively sharp detail and very minimal grain. Although we did lose some detail in the extra highlights, this could be avoided with careful light readings. For the small extra cost, it might be worth upgrading to a roll of Delta 400 for that extra quality.

We also owe a thank you to our friends Photofusion. Not only did they process this roll for us, but they also put it through their brand new digital scanner. So, next time you stop by and drop off your film, there is now the option to have it developed and scanned. We were really impressed with the results.