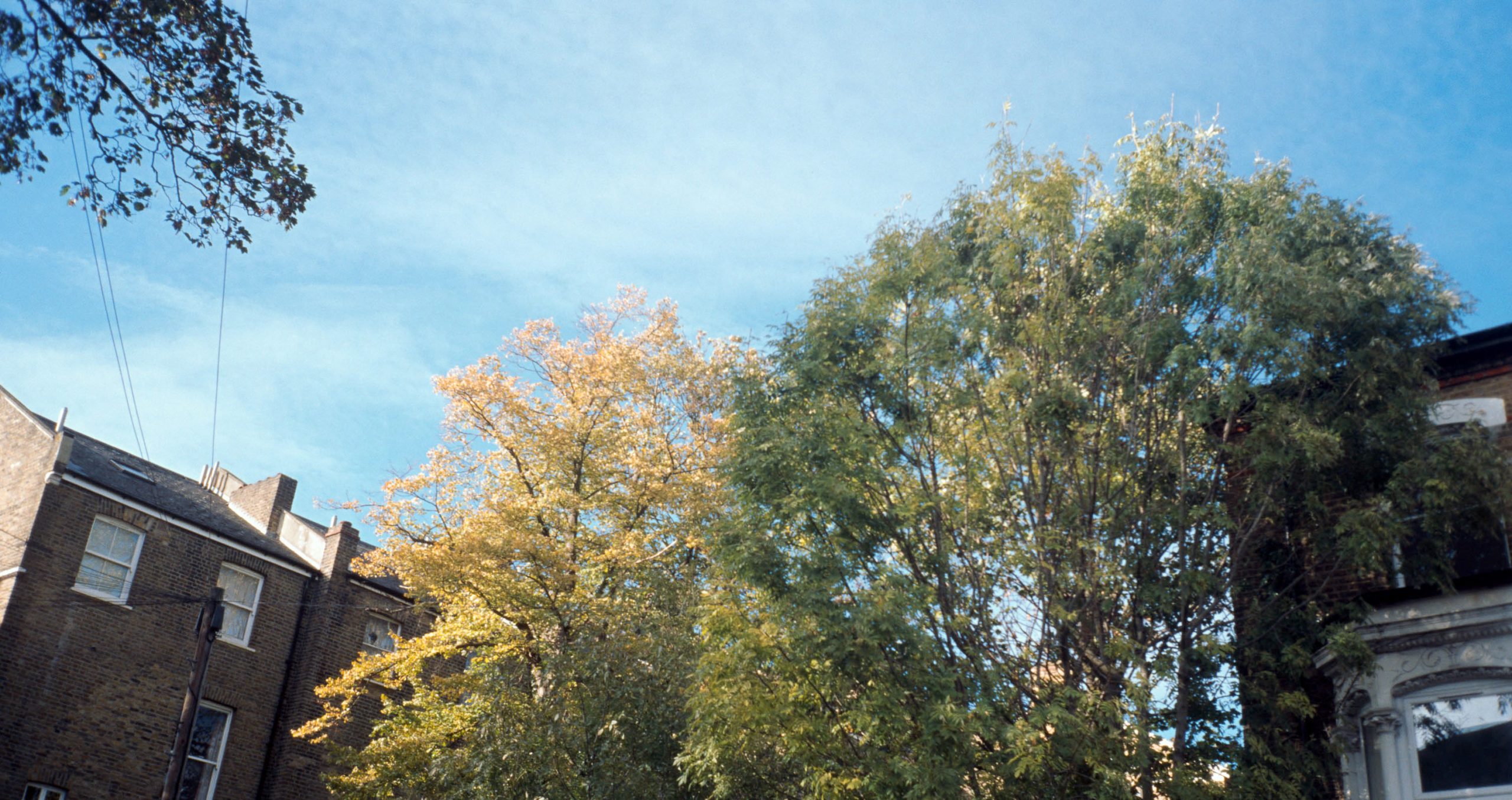 In 2018 Kodak made a big statement and renewed its commitment to film by bringing back Kodak Ektachrome – a film range it had completely discontinued 5 years previously. Ektachrome E100 is a E6 film, sometimes known as colour reversal or slide film – which gives you get a positive rather than a negative. We thought it was about time we tried a roll out. So, for our Kodak Ektachrome 100 Film Review we put a roll of 35mm in our Olympus mju II and took it around Brixton.

We knew that Kodak Ektachrome 100, and E6 film generally, are known for extremely fine grain, and clean colours. And it is the colours that are the first thing you notice when you see the photos. We are really impressed at how the film has handled colour tones. Bright colours like the reds really pop, and natural tones such as the blues and greens remain true to life. If colour accuracy is important to you, then you have to try this film.

It is also worth noting how well the films scanned. These images were developed and scanned at home, but the files needed very little adjustment post-scanning – which is really a testament to the quality of the film.

Shooting on a point and shoot like we did was always going to be a challenge when it came to fine grain results. That being said, we are happy and certainly can’t fault the film. It handled well and produced some crisp, sharp photos despite the limitations of the camera. (We are really looking forward to try out the medium format and seeing how that compares).

Overall, we are really impressed with this film. The only negative being the price, which is currently at the top end of our film range. This is probably the biggest barrier to shooting a load of this stuff. Putting that aside though, we’d certainly recommend it to anybody looking for high quality images and accurate colours. Kodak Ektachrome can really deliver.

We also want to give a special shout out to the Tetenal Magic Box One Film E6 Beginner Kit that we used to develop this roll at home. We have done loads of black-and-white and C-41 colour film processing at home before, but never E6. This little kit from Tetenal was the perfect introduction and showed us we had nothing to fear. If you’ve ever been tempted to try E6 developing, this kit is the perfect place to start. We have even written up an easy-to-follow How To Develop E6 Slide Film guide to help you get started.