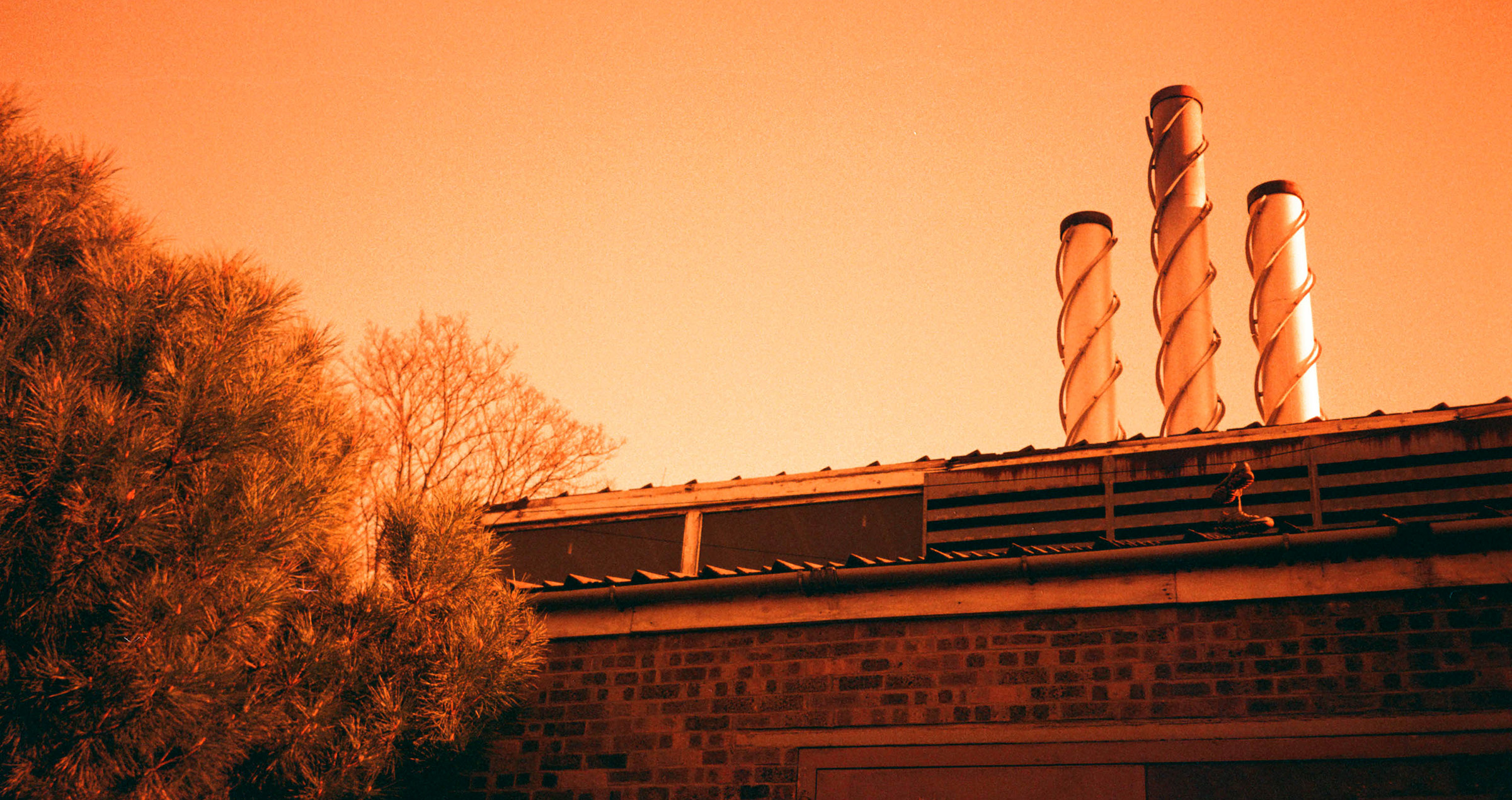 Here is our Redscale Fuji Superia 400 Film Review. We made a roll and shot it on our Olympus mju II. So, have a look at our film test and see what you think.

Having tried out Redscale on Kodak Colourplus, we wanted to see how different it would look on another type of film. So, we made a roll of Redscale Fuji Superia 400, put it in our Olympus mjuII and took it out around Camberwell.

In comparison to Colorplus, Superia is more saturated and has a rougher grain. It seemed like a good choice to get a different Redscale look. It is also a higher ISO, so gave us faster shutter speeds. As a 400 ISO speed film, we rated it at 100.

If you’ve read How To Make Redscale Film you’ll know you have to overexpose the film because you are shooting through the base layer. We rated it 2 stops slower. As it is a 400 ISO film, this became 100 ISO. The Olympus mju II defaults to 100 if there is no DX code. So, we stuck some black tape over DX code and were ready to go!

First off, these images really do look different to our first Redscale review. Some of this will be down to the weather. It was near the end of a bright sunny day when we shot this roll. But, clearly, the emulsion has a big part to play in what kind of colours and tones you get when shooting Redscale. Another factor will be the base colour of the film itself. As light passes through the base, the images will take on that colour.

Superia gave the images a really nice warm feel, with very orange and magenta tones. The grain structure is fairly consistent with normally exposed Superia, as is the contrast. Although Redscale can add some contrast, these images don’t seem overly so. One thing we noticed, it did highlight the vignetting on the camera’s lens.

In keeping with all experimental processes, we were excited to find out what the Redscale Fuji Superia 400 images would look like. We weren’t dissapointed! Superia is definitely a film we’d try as redscale again. And, it also makes us want to experiment and try out another film stock.