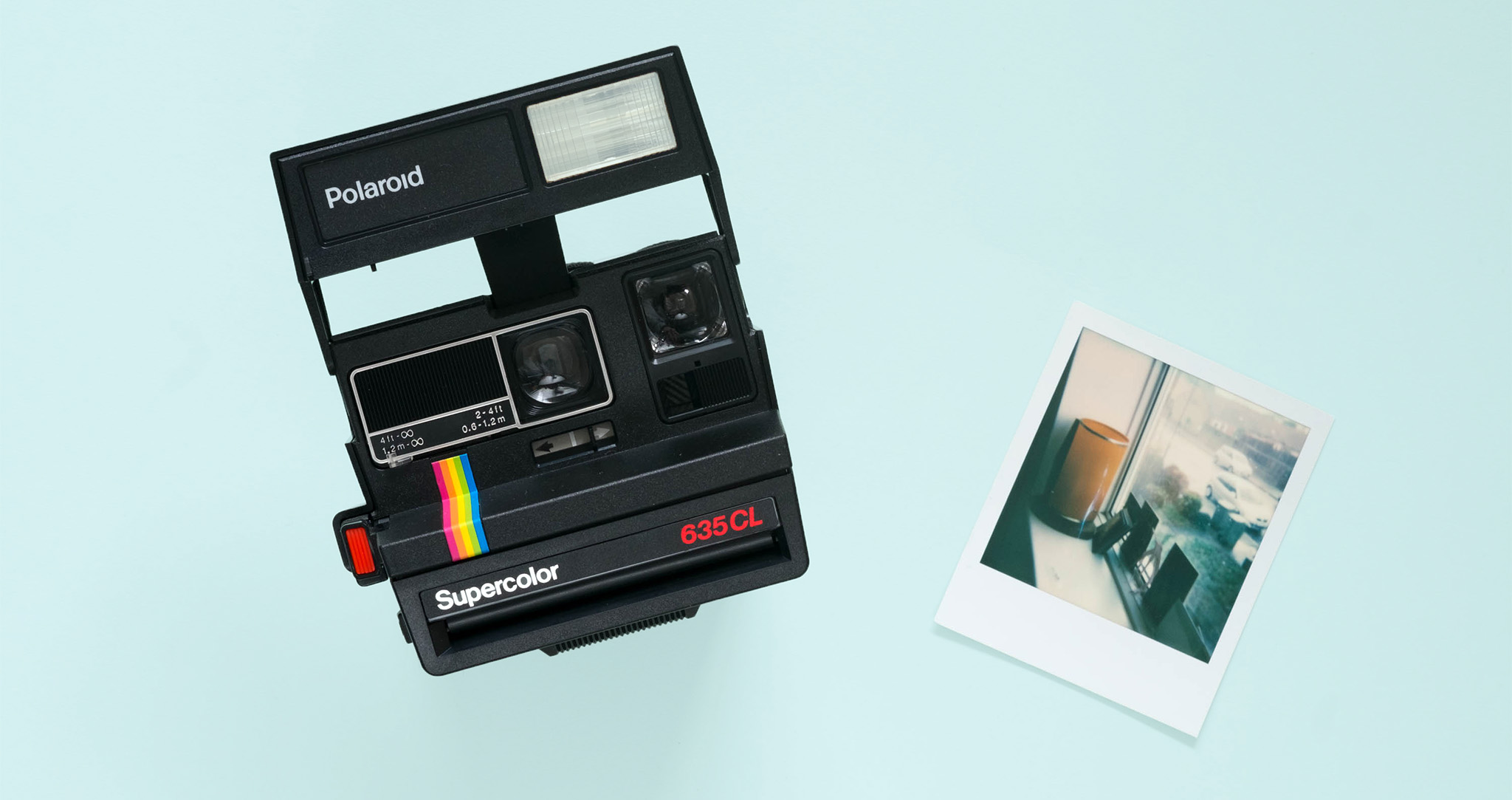 In this guide to instant film, we’ll explain what all your options are. And discuss the differences between Polaroid and Fuji Instax, and their various formats.

In this guide to instant film, we will talk you through the various different options when it comes to instant photography. Depending on whether you go with a Polaroid or Fuji Instax camera, there will be different formats to choose from. The most popular format is Fuji Instax Mini, but Polaroids have that classic instant look and there are loads of their second-hand cameras out there.

Your choice of instant film will depend on whether you have a camera already or not. If you do have a camera, you just need to find the right film to buy.

If you don’t have a camera and are starting out with instant film, read on to work out which camera and film you should go for.

Polaroid has been around since the 30s and invented instant film. Although the original company went bankrupt in 2008, a Polaroid factory in the Netherlands was saved by the Impossible Project. They revived the film, making sure the iconic brand lived on. They have now reverted to the original Polaroid name.

The film that lives on is Edward Land’s Integral film, first introduced with the SX-70 camera in 1972. Integral film means the negative, developer and fixer are all contained within the film frame.

There were many Polaroid formats over the years, used in a variety of cameras. There are now three different versions of Polaroid film available. All using integral film. These formats all have the classic square image and recognisable soft tones and colours.

The original Polaroid camera with integral film, introduced in 1972, which became a cult classic. This was the world’s first SLR instant camera. You can manually focus with these cameras. An automatic version, called the One Shot was introduced in 1977. These cameras take SX-70 film, which is 160 ISO. Often used by artists because of the richer colours and the extra control you can get with some of the cameras. The battery is included in the film pack to power the camera.

The most popular Polaroid cameras are the 600 series. This version of the film is 640 ISO. Like SX-70, 600 film has a battery in the pack to power the camera. This film will fit most polaroid cameras from the 80s and 90s. You can pick up these quite easily from second-hand camera dealers, eBay or charity shops. They are usually in good condition and remember the camera won’t work until you put the film pack in them.

In 2017 the newly rebranded Polaroid brought out the i-type One Step 2. A new version of the original One Step from 1977. This has since had a couple of upgrades and is now called the Polaroid Now. The Now has an autofocus, two lens system and built-in flash. All these new models take i-Type film. The emulsion is the same as 600, but because the cameras are charged up via USB there is no need for a battery in the film pack. So, they work out a bit cheaper.

Go is a mini version of Polaroid. The camera itself will fit in your hand and is easy and fun to use. The photos are closer to the size of Fuji Instax Mini, but square. Polaroid Go film comes in double packs with 16 shots. This makes them more economical than classic Polaroids. Like i-Type cameras, they charge via USB, so there is no battery in the film pack.

Fuji’s range of Instax cameras arrived at the end of the 90s, first with the Mini, closely followed by Wide. The most recent format, Square was released in 2017. Fuji instant films are all 800 ISO and are based on the integral film first invented by Polaroid. Instax film will produce images with natural colours and tones. All the formats come in both colour and black and white.

Fuji Instax Mini is the most popular of the three formats. It produces, small, credit card-sized prints, with an image size of 46 x 62 mm. First released in 1998, these cameras have proved to be extremely popular. They also work out as the cheapest per print of all the instant film formats. Always fun in social situations. Also, with the Mini, you can get the film with a range of different coloured frames.

Next up is Instax Square, which was introduced in 2017. There have been a couple of versions of this camera. The latest version, at the time of writing, is the SQ1. You get the same Instax look, but the image is 62 x 62 mm. It takes the width of the Mini and makes it square.

Last, and biggest, of the Instax range is Wide. Hot on the heels of the Instax Mini, the Wide first came out in 1999. You get a landscape image, 99 x 62 mm. Double the size of the Mini. You can see some examples in our Fuji Instax Wide Film Review. Sharp instant images in a good-sized print. This is the largest of all the instant films currently available.

Choose The Right Instant Film For You

Which is the right one for you? As we mentioned earlier, you may already have a camera, in which case pick up the right format and get shooting! In summation, Fuji Instax Mini is a great choice for fun snaps. There is loads of choice in film frames. The camera is easy to carry around, and everyone loves being given small prints to remind them of great times. If you want something bigger, Square and Wide will give you more image size.

If you’re after a more classic instant film look and would like to experiment, Polaroid is the way to go. Choose between a new OneStep or pick up a second hand 600 and load up. You get a softer image and the “instant” isn’t quite as quick, but you get a great print size and you can take the prints a step further and try out emulsion lifts.

Now you’ve read our guide to instant film, we hope you will now know which one to try first!