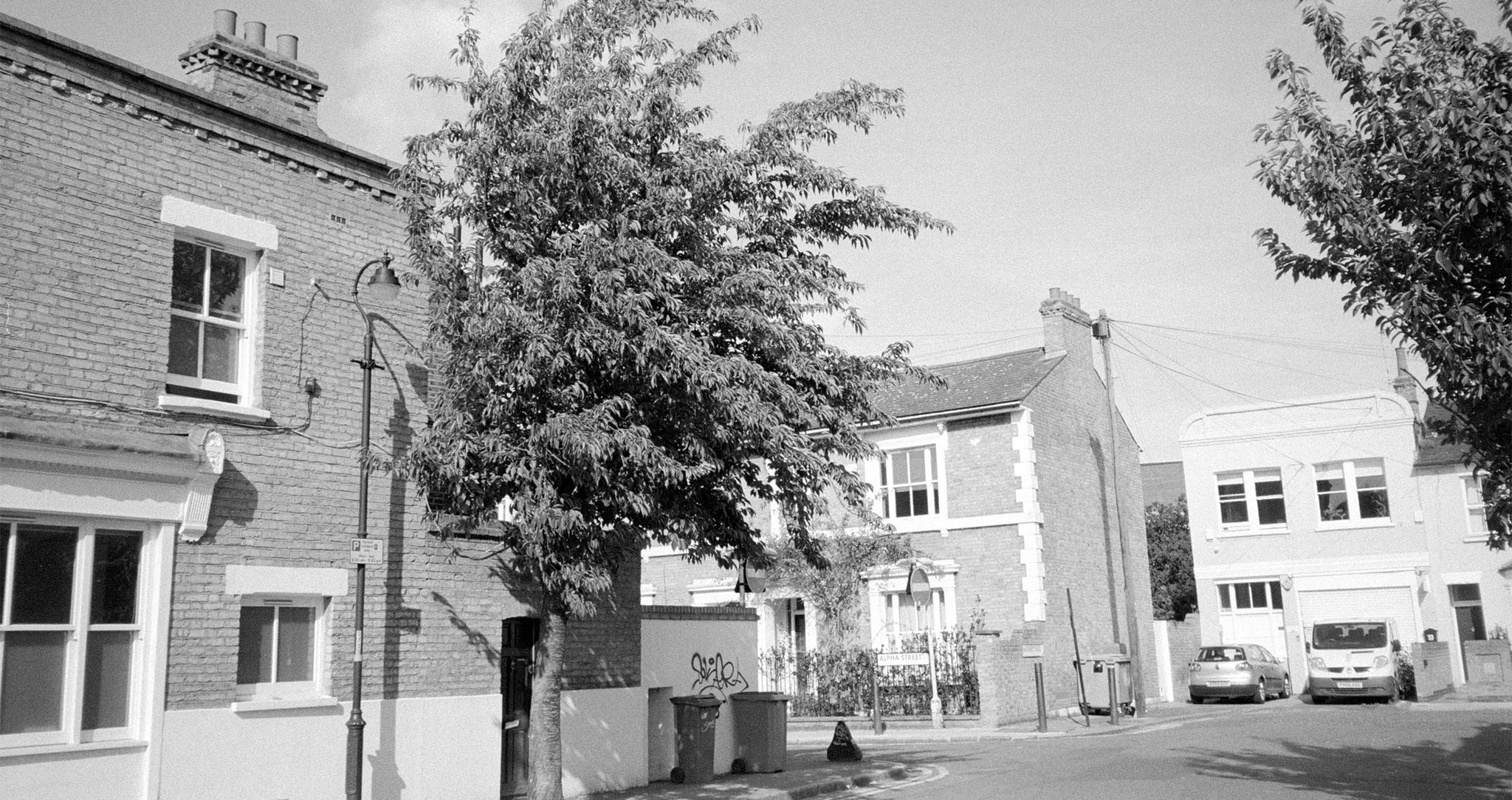 Here is our Ilford Delta 400 Film Review. We shot a roll on our Yashica T4. So, have a look at our film test and see what you think.

Delta is Ilford’s range of T-Grain films, which give finer and more even grain when compared to classic emulsions like HP5 and FP4. We really liked the smooth, even tones when we shot some 120 back in 2019 and wanted to try it out in 35mm. So, we put a roll of Ilford Delta 400 35mm in our Yashica T4 and took it out around Peckham in South London.

As mentioned in our review of the medium format of this film, it has impressively sharp detail and very minimal grain. This is consistent in 35mm version. All the images have a very smooth look. This is down to the more even distribution of the film grain.

This film has captures the shadows, mid-tones and highlights equally well. And, does a good job of capturing subtle differences in tone. Despite it being a bright sunny day, there is no loss of detail in the highlights or shadows.

We mentioned in our previous review that Delta doesn’t have as much leeway for over or underexposure as traditional emulsions. As this roll was shot on a point and shoot, we didn’t have any control over the metering, but all the frames came out well exposed. If you’re shooting with a manual meter you might need to be more precise than usual.