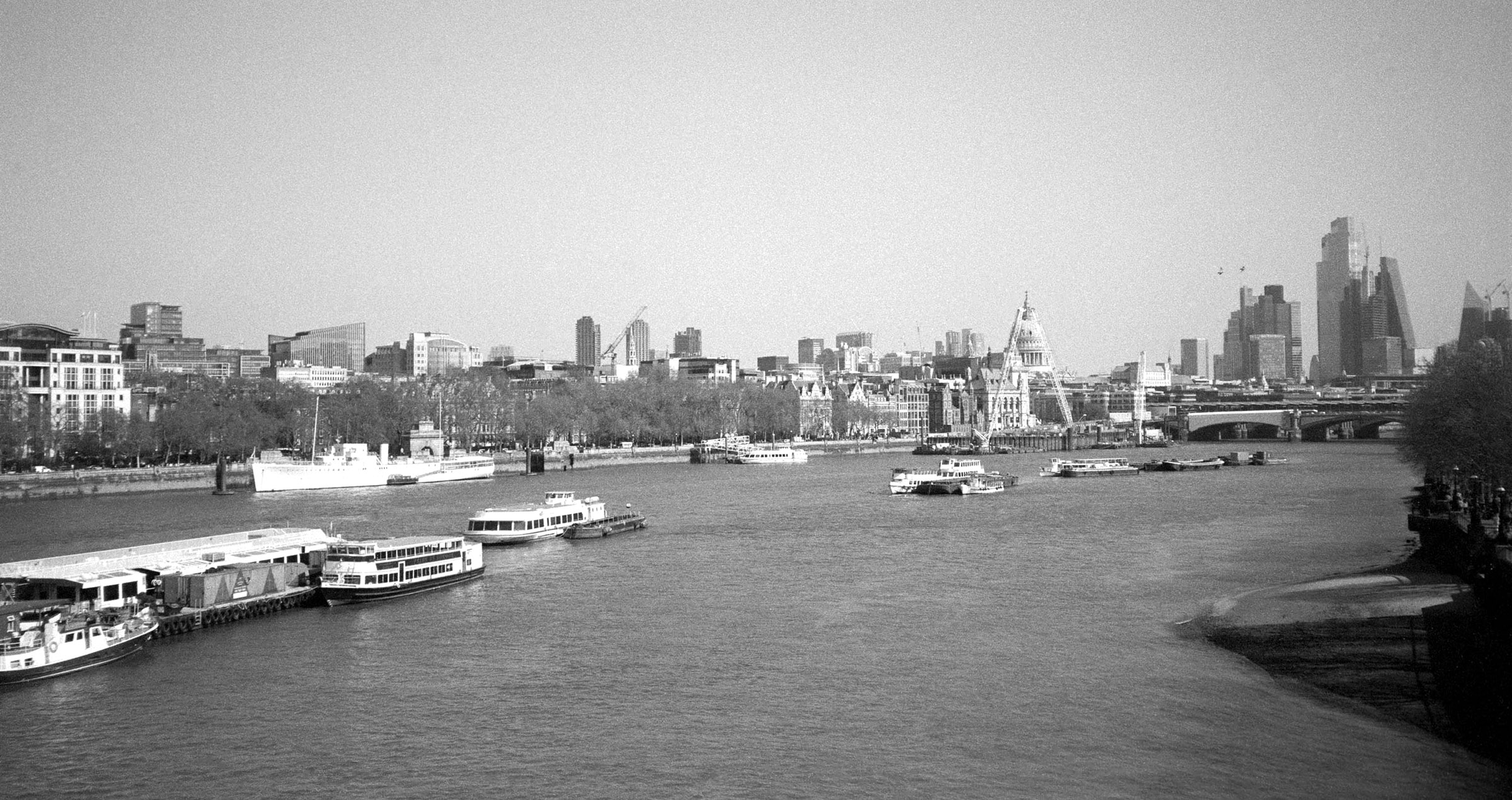 Here is our Lomography Potsdam Kino 100 Film Review. We shot a roll on our Yashica T4. So, have a look at our film test and see what you think.

What with the lack of colour film around at the moment, we thought it was a good time to try out one of Lomography’s Kino Black and White films. So, we put a roll of Lomography Potsdam Kino 100 in our Yashica T4 and took it out along the South Bank in London.

The Lomography Kino films are all based on German black and white movie films. There are four to choose from; Babylon, Berlin, Fantôme, and Potsdam. Lomography Kino Potsdam 100 is a 100 ISO film and has a classic cinematic feel.

We developed this roll in Kodak HC-110 using the E dilution. The negatives appeared a little on the thin side as we hung them up to dry. But, once scanned, they look like they came out just right. Although the negatives look thin, there is plenty of detail there. Plus, if they had any more development we think the highlights would have been blown out.

This film has a fine grain and good detail in the mid-tones. It handled the mix of shadow and bright lights well for the indoor shots. Although, we would say there was some detail lost in both the darkest shadows and brightest highlights.

Overall, we liked the sharp contrast and the richness of the mid-tones. There is plenty of detail in all the images, whether in the bright sun or shadowy interiors. We were impressed with this roll we shot for our Lomography Potsdam Kino 100 Film Review. Looking forward to trying out one of the slower speed Kino films.