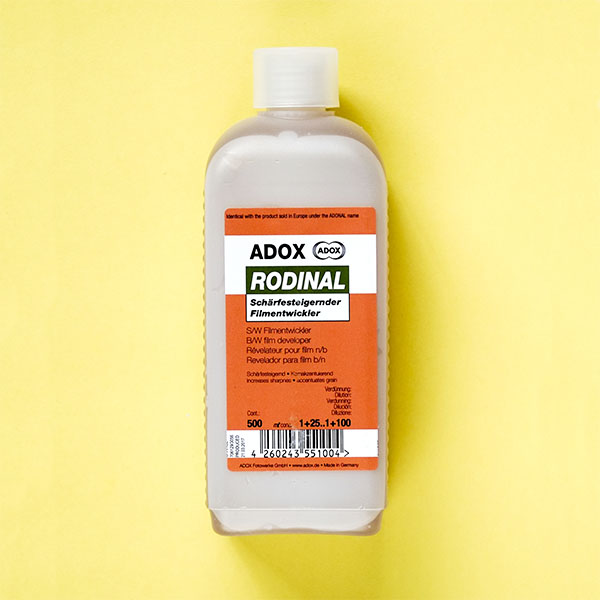 Adox Rodinal Film Developer is a one-shot developer for black and white film. It is one of the most iconic developers. Producing fine grain, high sharpness results.

Adox Rodinal Film Developer is made to Agfa Leverkusen’s final Rodinal formula from 2004. The result is a developer almost identical to the original Agfa Rodinal.

Adox and Agfa scientists got together to create this Agfa-replacement. Adox Rodinal Film Developer is made to Agfa Leverkusen’s final Rodinal formula from 2004. The result is a developer almost identical to the original Agfa Rodinal.

You can expect finer grain, additional sharpness and acutance compared with other Rodinal formulas on the market.

Rodinal has two dilutions; 1+25 and 1+50. Use the different dilution control the contrast of negatives and the length of developing time.