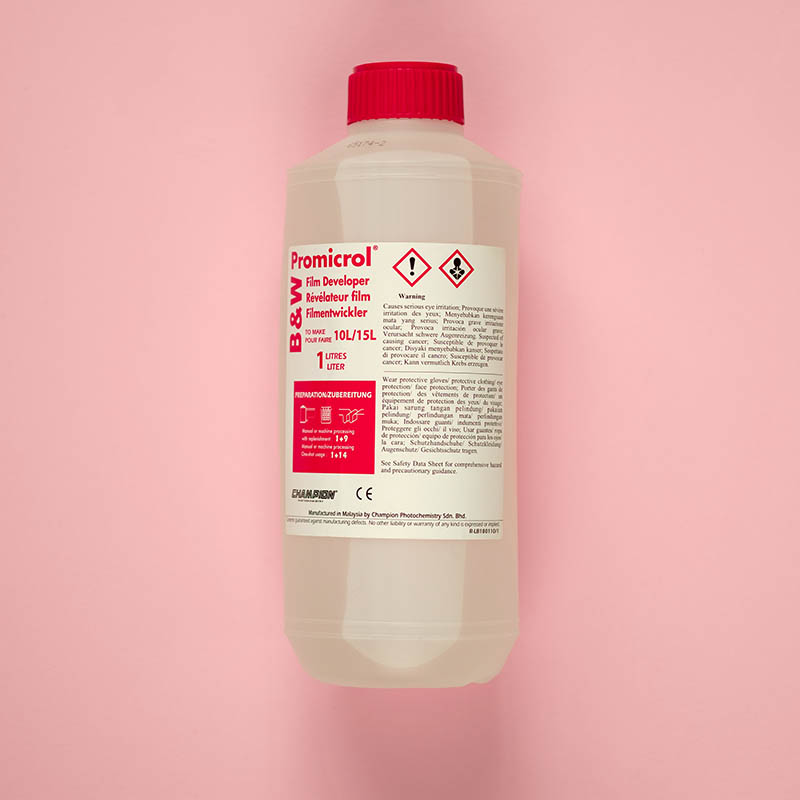 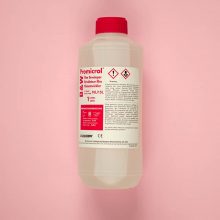 Champion Promicrol Film Developer is a liquid concentrate developer. Suitable to use with any black and white film. It can be used as a one-shot developer or be replenished and reused. Producing sharp, fine grain results.

Champion Promicrol Film Developer is a liquid concentrate developer. Suitable to use with any black and white film. It can be used as a one-shot developer or be replenished and reused. Producing sharp, fine grain results.

Additionally, Champion Promicrol also has the effect of increasing the speed of a film up to one stop over the manufacturers rating.

As it is a concentrate, you dilute it to make a working solution. To develop film with a one-shot solution, dilute 1+14. That means one part developer to fourteen parts water.

To prepare a reusable solution, dilute 1+9. So, that means 1 part developer to nine parts water. Make sure you mix together thoroughly before use.

To prepare a replenisher solution, dilute 1 + 4 and add this to the used developer bath. You can develop approximately 15 to 17 films before replenishment is needed. This is based on the basic replenisher addition rates, which will vary depending upon the film in use and the degree of exposure.

COVID-19: The shop is temporarily closed, but we are still sending out online orders. Please check back for updates. Dismiss