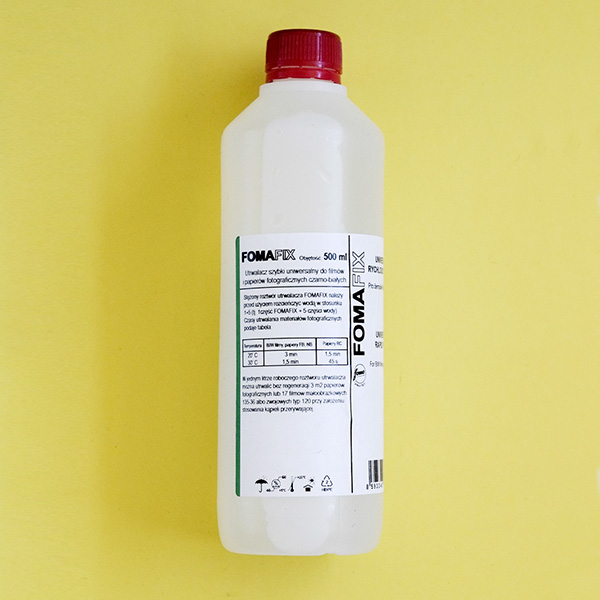 Fomafix Rapid Fixer is a hardening rapid fixer. Ideal for both film and paper. This is a liquid concentrate that you dilute with water for use. Making it is easy and convenient to use.

Fomafix Rapid Fixer 500ml is a hardening rapid fixer. Ideal for both film and paper. This is a liquid concentrate that you dilute with water for use. Making it is easy and convenient to use.

Fomafix is based on ammonium thiosulfate.

Fixer is one of the four chemicals you need when you develop film. They are developer, stop, fixer and wetting agent.

To prepare you Fomafix Rapid Fixer, dilute 1+5. That means one part fix to five parts water. The dilution is the same for both paper and film processing. Make sure you mix together thoroughly before use.