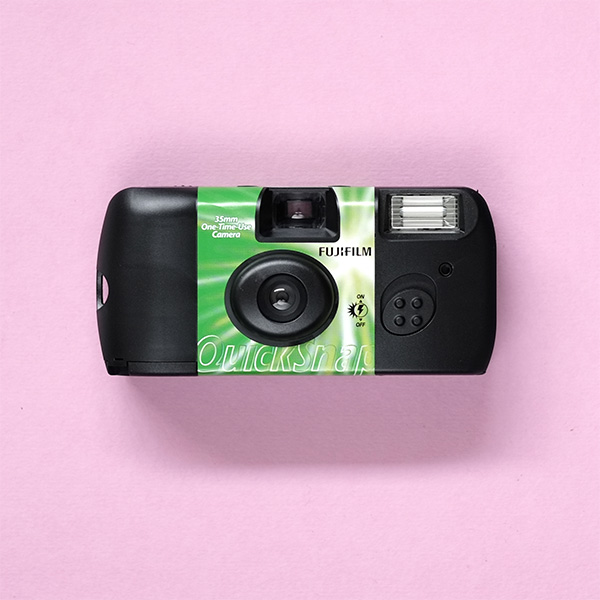 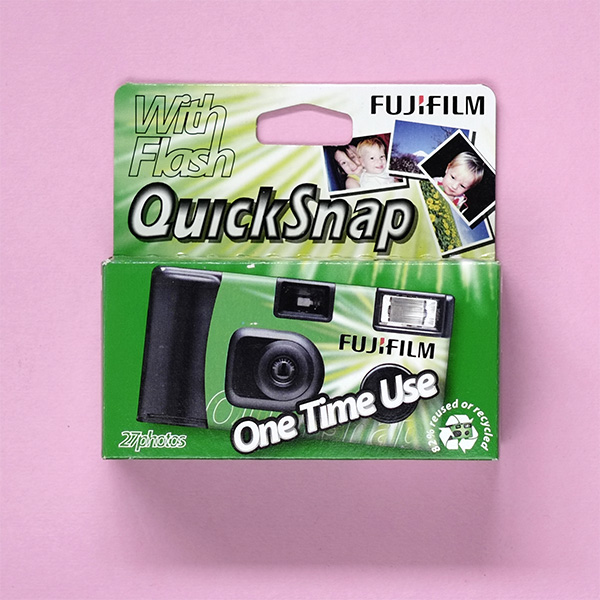 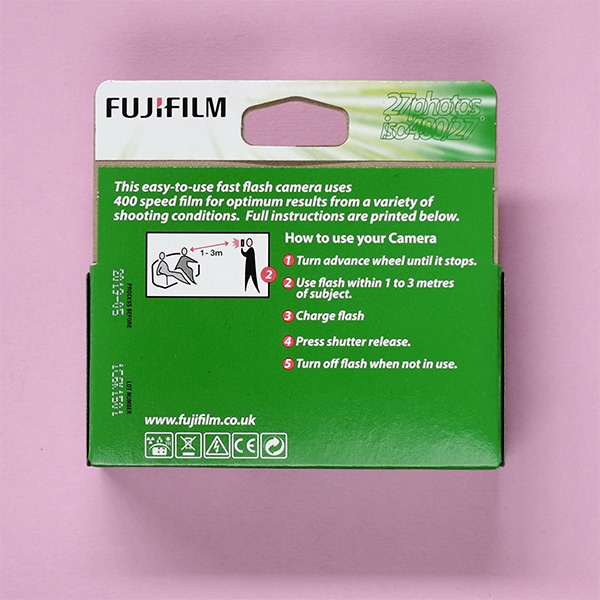 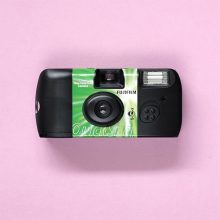 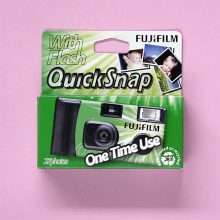 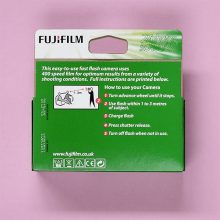 Fuji QuickSnap Disposable Film Camera is a 35mm point-and-shoot, loaded with Fuji Superia 400 ISO film. It has a built-in flash, so perfect for any day or night out.

Since Disposable Cameras have been so hard to come by this year we are limiting these to 3 cameras per customer for now. That way more people can get their hands on them.

Fuji QuickSnap Disposable Film Camera is a 35mm point-and-shoot, with fast 400 ISO film and a built in flash.

This camera has some great features. Among them is the size of the viewfinder. It is large and its magnifying power is 1.2 times higher than previous Fuji QuickSnap cameras. When you look into the viewfinder, the photographic subject will look much larger and more natural. This will allow you to better compose your image.

Another positive feature is the flash. When you switch the electronic flash on, a flash-ready indicator will pop up. It will light up to indicate that you can take a picture. It will stay lit up until the flash switch is put to the “OFF” position. This makes the camera very versatile. You can use it in bright daylight, or inside in more subdued light.

The grip is comfortable to hold, for smooth operation along with easy and quiet winding. This Fuji 35mm disposable camera also has a large exposure counter display. So, it’s easy to check the number of exposures you have left.

Because the Fujifilm QuickSnap has Superia 400 in it, you get a  1/140 second shutter speed. This will minimise blur due to camera shake or subject movement.

Since Disposable Cameras have been so hard to come by this year we are limiting these to 3 cameras per customer for now. That way more people can get their hands on them.

Want to see the Lomography Simple Use Film Camera in action? Then check out the results that George at Negative Feedback got in this video. If that inspires you, have a look at the other disposable film cameras we keep in stock.