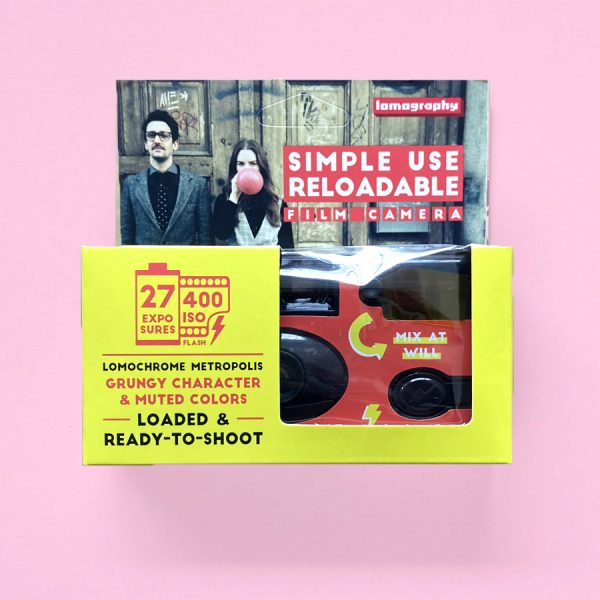 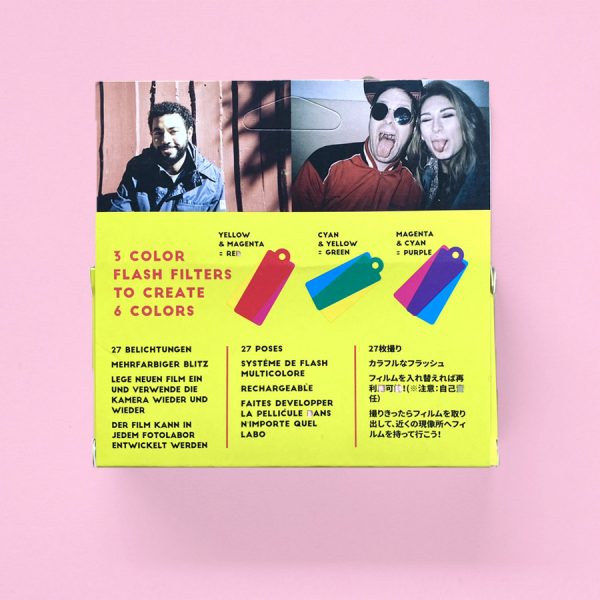 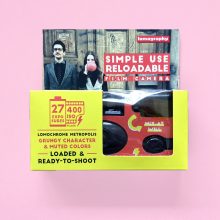 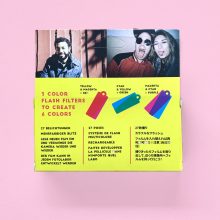 And, unlike a standard disposable, you can reload it. So, make sure you ask the lab to give it back to you when you get the film developed.

With the flash filters, you can add a colourful twist to your film photographs with yellow, magenta, and cyan. Mix and match these colours to produce six different hues for more fun-filled, analogue action!

This film is built for exploring the urban jungle in all of its grit and beauty. Search for rays of colour in a sea of black skyscrapers, frame your subject as they trudge the streets of ghost towns, disappear down sparsely lit subway entrances and capture portraits unlike anything else.