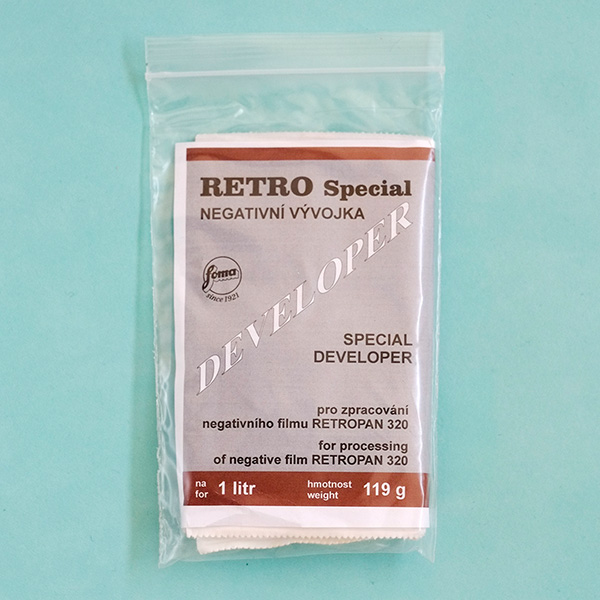 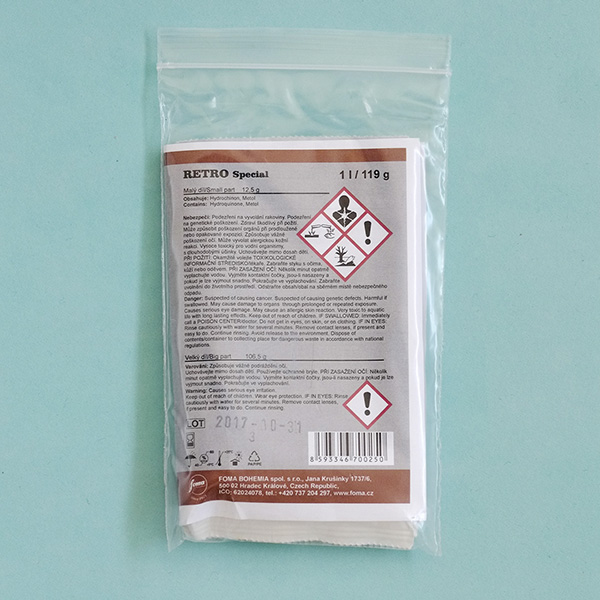 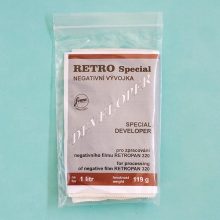 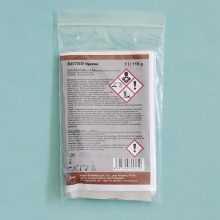 Foma Retro Special Film Developer is designed specifically for processing Foma Retropan 320. It is also suitable for developing other types of film.

This pack contain two parts which will make 1-litre of stock solution. Enough to develop 25 rolls of film.

Foma Retro Special Film Developer is designed specifically for processing Foma Retropan 320. It is also suitable for developing other types of film.

As it is a powder developer, it is light and easy to travel with. Making it is easy and convenient to use.

Always make up the developer stock solution to the volume stated on the pack. Do not attempt to prepare smaller quantities by using fractional parts of powder.

It is a metol-hydroquinone based developer.

If you’d like to see some examples of Foma Retropan 320 developed in Foma Retro Special Film Developer, check out our Film Review.

As it is a powder, you dilute it to make a stock solution first. To prepare Foma Retro Special Film Developer stock, dissolve the contents of the smaller bag in 700ml of warm water. Stir until the powder has dissolved. Then continue to stir, while gradually adding the contents of the larger bag. Keep stirring until no more powder dissolves. Add 300ml water to make up 1 litre of stock. Allow this to cool to room temperature, then it is then ready to use. Store in a tightly capped bottle until needed for use.