Cart …
View basket “Paterson Universal Developing Tank with 2 Reels” has been added to your basket. 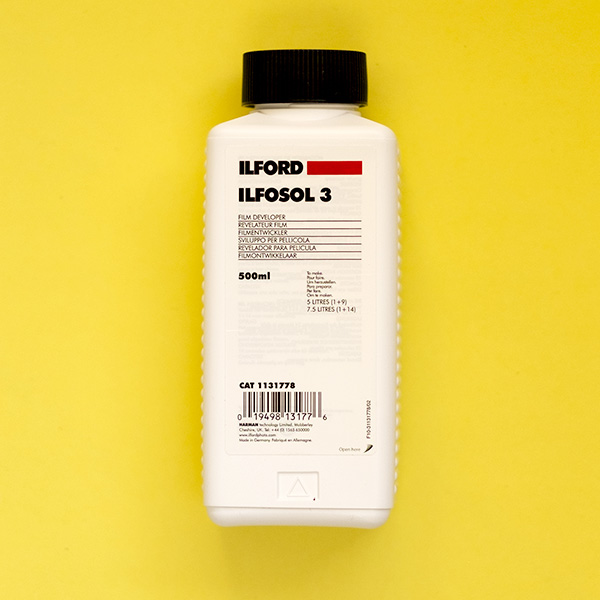 Designed to exploit the full potential of traditional black and white film emulsions. Ilfosol 3 will deliver fine grain and optimal sharpness with film shot at box speed. Plus, it’s easy and convenient to use.

Designed to exploit the full potential of traditional black and white film emulsions. Ilfosol 3 will deliver fine grain and optimal sharpness with film shot at box speed. Plus, it’s easy and convenient to use.

An economical film developer, perfect for developing small quantities of black and white film. Medium speed films, such as FP4 Plus and Delta 100, work particularly well in Ilfosol 3.

Typically Ilfosol 3 is used one-shot to get the highest image quality. For greater economy, it can be reused but image quality may be reduced. Pushing film is not recommended when using reused developers.